With an impressive list of on-screen credits that got kick-started with the teen films Pump Up the Volume and the period-set coming of age drama This is My Life from Nora Ephron, making her filmmaking debut, actress Samantha Mathis has been a steady presence in features and on television shows for three decades. With notable performances in Gillian Armstrong’s Little Women, Jocelyn Moorehouse’s How to Make an American Quilt, Mary Haron’s American Psycho, and John Woo’s Broken Arrow, Mathis has had a versatile fluidity through memorable performances in all sorts of different genres. Recently, her recurring role in the post-apocalyptic FX show The Strain allowed her to explore her strongest role to date, and now she’s back in a complex performance in the horror / thriller Boarding School, from writer / director Boaz Yakin (Fresh, Remember the Titans, Safe). In Boarding School, Mathis plays a psychologically damaged mother to a troubled boy named Jacob, played by Luke Prael, whom she sends to live in a mysterious boarding school, where he discovers startling truths about his past. 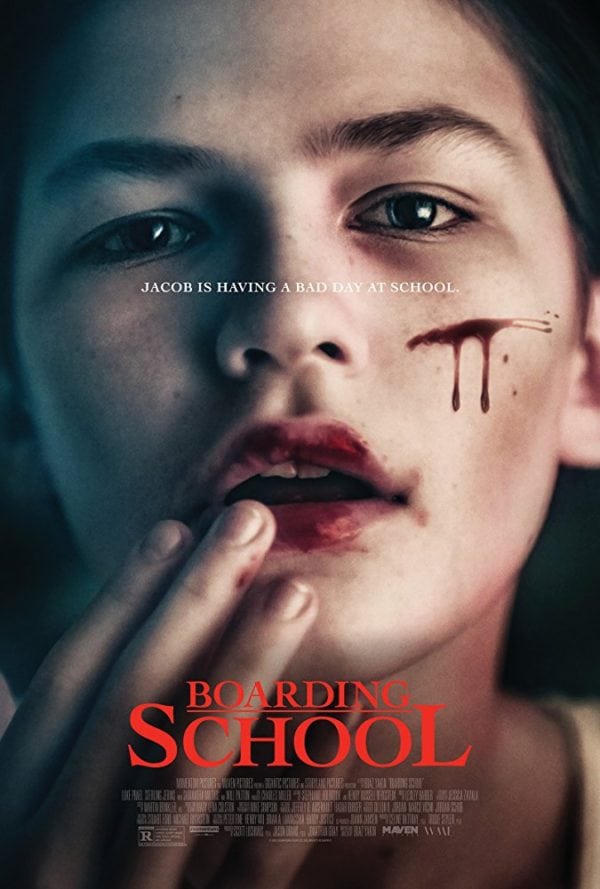 I thought I’d start this off by letting you know that I just finished watching The Strain. You were great in that show.

I thought that was one of the best roles you’ve ever had. That was such a great role for you. What do you think?

I agree. That was the most … I had a lot of fun playing Justine Feraldo. Thanks for acknowledging that work. It was certainly a different character than I’ve ever played before. I’m super proud of her, and I had so much playing her. She just didn’t hold back. She was a strong woman who had no qualms taking charge, or at least trying to. I had a lot of fun putting that character.

Well, she’s a complicated woman. She’s not a very happy person. She doesn’t have a lot of calm or patience for her son. She loves her son, but she’s a fragile woman who has these bouts of rage inside of her. That was a not a mother / son dynamic I had ever played before. Or ever played a woman like this before. It was sort of heartbreaking to be mean to Luke because he’s such a gentle soul and new to the business. He’d never worked on camera before. I also tried to be mindful of that.

As the audience, we’re discovering where the movie is headed, and we have a wide range of feelings toward your character. You’re not necessarily who we thought you are, and it’s one of the movie’s best surprises to go on that journey with Luke’s character as he discovers who you are to him and what you mean to him. It really surprised me.

Oh, good, I’m glad! That means we were successful.

What attracted you to Boarding School? It’s not quite like anything else I’ve seen.

Yes, I think that’s what attracted me to the project. I’ve never read anything quite like it. I thought it was a very disturbing, strange, twisted take on the horror / thriller genre. I knew Boaz’s work, and I’ve always been a fan, so I was excited about the prospect of working with him. It was something interesting for me to explore as an actor was playing this woman, who was coiled so tightly, and so damaged. I found that to be exciting. I was attracted on many different levels.

I’m going to bring up a few filmmakers you’ve worked with in the past, and it would be great if you’d comment on working with them. You worked with John Woo, one of the great action filmmakers. What was it like working with him on Broken Arrow?

You know, I remember he was a very soft-spoken man, which is interesting for a gentleman who at the time was known for making some of the most violent movies. He’s an incredibly gentle soul. Very sweet. I remember being in awe of just watching the way he’d design things. One of his calling cards as a filmmaker was the use of interesting angles. There was one action sequence where he set up – I think – 8 or 10 cameras at the same time. That was exciting to see: His unique view of how to shoot something and put it together.

How about Mary Haron, who directed you in American Psycho? That film has gone on to become a real cult classic.

I remember seeing the movie and realizing that she’d achieved something special. She brought out all the best aspects of Bret’s book, with the screenplay that she and Guinevere Turner adapted from his book. I remember being in awe of Christian Bale’s performance. It was really quite evident on the day we were shooting. I had done a movie called Little Women with him a few years earlier when he was a lanky young man, and then when I came to Toronto for American Psycho, and I was blown away by his transformation he had created for himself. I loved Mary. She was wonderfully specific, and very sensitive. It was just a trip and a half to be in a movie set in the ’80s. It was the first time I had done a movie set in a time I had lived through. I thought, I remember wearing things like this. It was such a strange thing to be in that period again.

You’ve worked with some of the greatest female filmmakers of all time, including Nora Ephron on This is My Life, Gillian Armstrong on Little Women, and Jocelyn Moorhouse on How to Make an American Quilt, in addition to Mary Haron. Would you like to say something about working with some of these great filmmakers?

I feel very blessed to have worked with so many, particularly when they talk about there not being enough female filmmakers in the landscape. I have been lucky to have worked with several women. Gillian made such a stunningly beautiful representation of Little Women. It’s breathtaking. She’s a huge talent, obviously. Jocelyn was a dream to work with. I was so in love with the storyline I was working on. I found her to be … she created such a great aura on the set of How to Make an American Quilt. She made such a great creative space to be in. I loved working with her. And Nora. How lucky was I that I go to have that experience, to be in her first feature. I will always treasure having that, coming into the world with Nora. With her humor, her kindness, her wit, and all her talents. That’s something I’ll never forget. 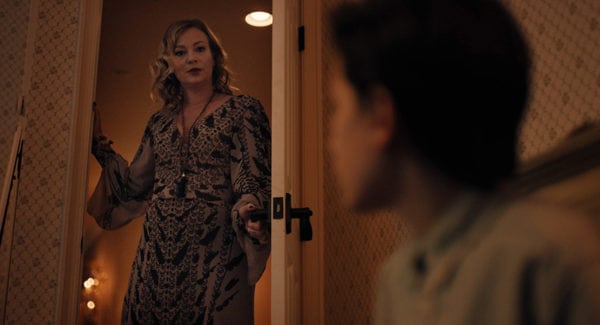 Say something about working with Boaz Yakin, your director on Boarding School.

I found him to be really great to work with. He knew exactly what he wanted. When you’re making an independent movie with very little money and resources, you need someone who knows what they want, what they’re going after, and how to achieve it on the day. When you’re working with someone who’s such a pro like Boaz is, it’s seamless. It’s helpful as an actor to feel safe, and that doesn’t mean that things won’t happen, but you need to feel that you’re in good hands, and I felt like I was in really good hands. I trusted him, and I was able to give him what he needed. I handed myself over to him, and there were times when we were running out of time, where we were shooting in a cramped apartment, and the crew is on top of each other, and you just have to find you Zen in the midst of all that. So, Boaz was great. A real pro.

Momentum Pictures will release Boarding School in theaters and On Demand / Digital HD on August 31st, 2018.