World of Warships developer, Wargaming, has released a new trailer for the upcoming World of Warships: Legends which is set to sail on to the Xbox One and Playstation 4 later this year.  This first trailer showcases some of the ships and intense naval battles that Legends will bring to console players.   You can check out this new trailer below. 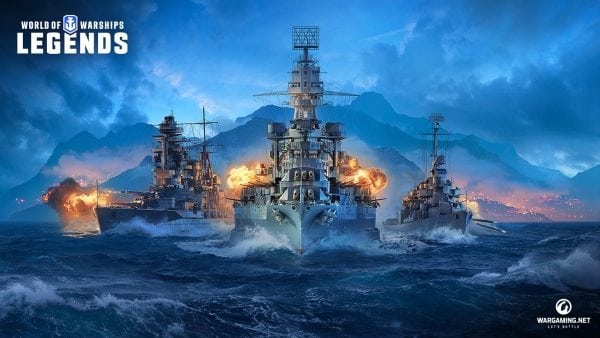 In World of Warships: Legends players will be able to select from a variety of ships from one of three different classes – Cruisers, Destroyers and Battleships which will come in varying tiers of power and ability.  Battleships will be the hard hitting vessels with the ability to cause complete devastation with a single volley, destroyers can approach targets with stealth and let loose a flurry of torpedoes while cruisers are the jack of all trades.

Players will be able to choose from ships of several nations including Great Britain, Japan, USA, France and USSR, as with the PC counterpart more nations will be added as time goes on.

A range of different environments from Arctic oceans to tropical seas will be available to fight over and map sizes will range from 18×18 km for lower tier battles to 24×24 km for upper tier.

World of Warships: Legends will arrive on Xbox One and PS4 later this year.