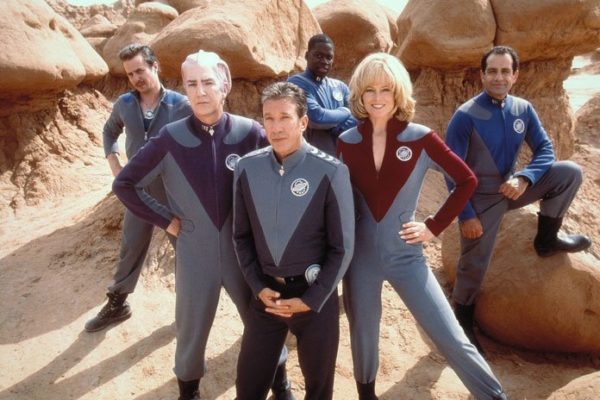 Having stalled once due to the passing of Alan Rickman, Amazon’s proposed Galaxy Quest TV series appeared to have got itself back on track in August of last year when Paul Scheer (Human Giant) signed on to develop and write the small screen spinoff of the cult 1999 sci-fi comedy.

However, Scheer has now revealed to The Wrap that while the series has hit another bump in the road following last month’s firing of Paramount TV president Amy Powell, development continues on what he says will serve both as a sequel to the movie and a soft reboot of sorts:

“We want to create this kind of thing that feels like this epic sequel, but a continuation. I compared it to what The Force Awakens is to Star Wars. It is continuing a story but bringing in new characters. We need to kind of change it up. My pitch for [the new] Galaxy Quest was, ‘How can we kind of blow this out and pay off things for the fans that love Galaxy Quest?’

“More importantly, and the thing that I really wanted to do is, appeal to the ‘me’ of now. Who’s the 18-year-old version of me that loved Galaxy Quest now? What would they want to see? Because I think that that is a movie that we haven’t really made yet: the Tropic Thunder in the world of modern-day science fiction. When Galaxy Quest came out, it was a niche thing, Star Trek fandom is a niche thing. Now it is selling out Hall H in Comic-Con, so that’s kind of the impetus for the continuation.”

While the series does plan on featuring returning characters from the film, as of yet there’s been no confirmation as to whether we’ll see the likes of Tim Allen, Sigourney Weaver, Tony Shalhoub, Sam Rockwell, Daryl Mitchell and Enrico Colantoni reprising their roles. 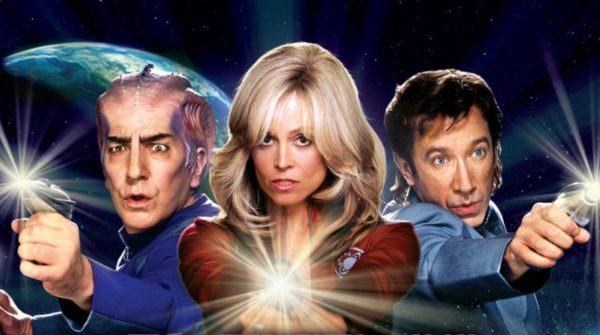