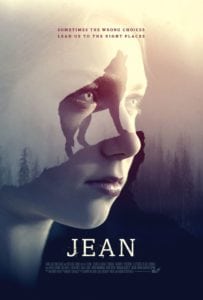 Jean heads into the wilderness accompanied by her faithful dog Ranger to find her grandfather. 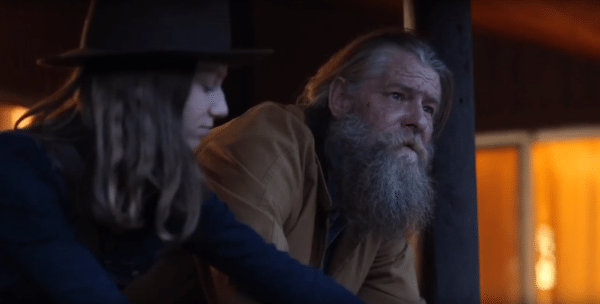 Jean sets itself in a beautiful, harsh landscape defined by arid sandstone deserts and snow-dappled forests. At its best, the film matches the stark prettiness of its surroundings. At other points, the film drowns its stronger elements (the locale and young protagonist) with unnecessary dialogue and voiceover.

The arresting opening scene, where Jean (played with sincerity and determination by Isabella Blake-Thomas) stares down a wolf with her dog Ranger at her side, plays out entirely dialogue-free and sets the table for a laconic film that develops characters through action and silence. Overall, Jean works best when it lives in silence and lets the audience appreciate the visuals and Jean’s relationship with her canine companion and her declining grandfather Albert (a suitably gravely Michael Pickering).

At a core level, the movie focuses on Jean’s quest to find Albert after he wanders off. We toggle between Albert and Jean’s perspective. In this way, the film operates as a coming-of-age tale and a story of coming to terms with encroaching death. It’s a clever formula that intermittently becomes muddied by several odd editing choices and a series of flashbacks to the grandfather’s youth where he and his pals chant “the strength of the wolf is the pack, the strength of the pack is the wolf” ad nauseam. While this Jungle Book-derived sentiment fits in thematically, the refrain wears thin. 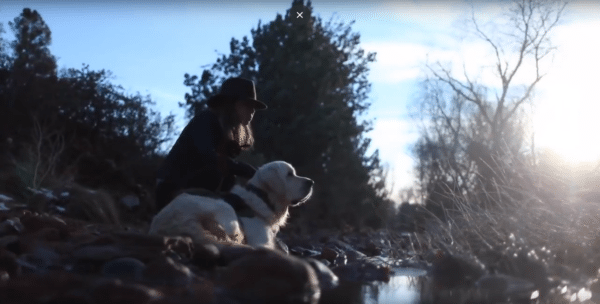 The cinematography takes advantage of natural light to photograph the land. Copious drone shots soar over the characters, rendering them small juxtaposed with the terrain. It captures the allure of the wild coupled with the dangers therein. Said dangers include rattlesnakes, wolves and scorpions – all of which Jean runs into over the course of her adventure.

At home, prom looms on Jean’s horizon – Cinderella is name-checked multiple times. Having spent a good chunk of her formative years in relative isolation with her grandparents, Jean lacks friends her own age. This subplot, in which Jean crushes on a boy and makes friends with a former bully, feels like a hanger-on. Though, needed as setup for the film’s conclusion it comes off as the least compelling aspect of the plot.

Jean sports lovely vistas, a solid central narrative and a young lead who acquits herself well. But these merits are accompanied by occasionally rickety dialogue, spotty audio and subplots that dilute the power of the central story. In the end, Jean offers rugged, moving delights, which co-mingle with the above-mentioned caveats.