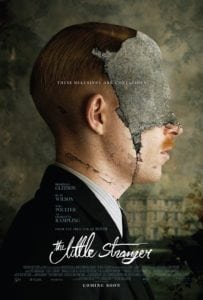 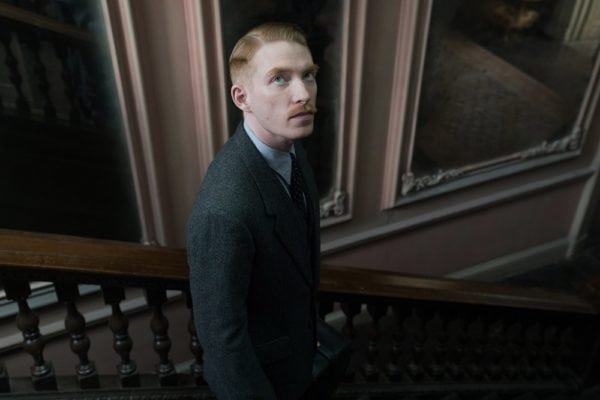 Never trust doctors. That seems to be the main takeaway from The Little Stranger (Room director Lenny Abrahamson following up that devastatingly emotional journey with a 20th-century England-based tale of a Gothic mansion that may or may not be haunted by a malevolent force), which follows a respected country doctor (Domhnall Gleeson’s second collaboration with the filmmaker) and his complicated relationship with the once flourishing manor known as Hundreds Hall (alongside his childhood fascination and connection to the building) as well as its remaining owners and inhabitants.

Based on the novel of the same name by Sarah Waters and adapted for the screen by Lucinda Coxon, The Little Stranger functions somewhere between psychological mystery and traditional horror; the answers audiences will seek watching this feature are very elusive and not laid out in concrete matters. While briefly doing some pre-review writing research on the novel, I was not surprised to come across the idea of Dr. Faraday likely being an unreliable narrator, as while he primarily enters the family’s state of decay (both in terms of fortune, the worn-down manor, and increasingly unstable mental stability of the various key figures holding the decrepit place together) to conduct treatment on the shellshocked and grotesquely disfigured World War II pilot veteran Roderick Ayres (a startlingly good Will Poulter who slowly gets around with a limp and is as superb as the makeup effects making up his scarred appearance), it becomes progressively evident that his intentions may not always align with what is best for the family. In other words, Dr. Faraday is truly entranced by this place even though it is well past its glory days, all thanks to an experience inside the hallowed halls that more or less shaped his future, possibly with supernatural elements. 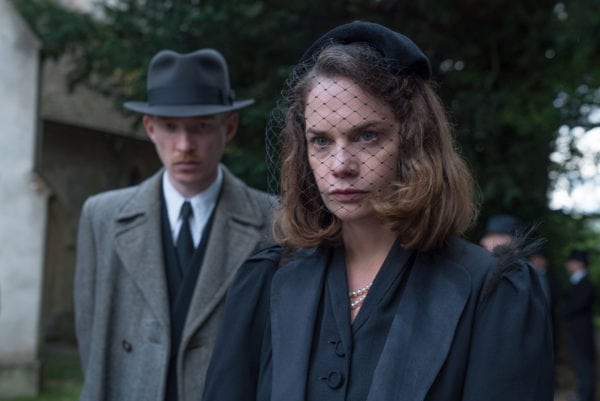 Outside of these curious flashbacks, structurally, The Little Stranger spends its time on Dr. Faraday interacting with each major character one-on-one for an extended period of time as they each gradually become convinced that something within the house hates them. And while there are a couple of truly tense moments in the movie (most notably with old-timey communication devices meant to transfer sound from one room to another, or a particular instance that sees someone locked up in a room surrounded by a barrage of thunderous banging noises on the walls), this is a far more character driven narrative. That is both good and bad; substance and themes are added, but there’s also the sensation that some of the details could be both more clear and presented in a more exciting way, with these shortcomings potentially as a result of having to cram everything into a two-hour running time.

Some will label The Little Stranger a slow burn, others will decry it outright boring. It’s hard to argue against the latter. The individual performances from the talented cast (Charlotte Rampling also stands out as the elderly mother questioning her sanity, placed into the majority of the straight-up horror segments) are better than the material they are given, and the production design of Hundreds Hall is a sight to behold containing numerous winding staircases, multiple floors, intriguing wall pattern designs and color schemes, branching paths (not to mention we get to see the building contrasted from the height of its popularity to its current crumbling state), and enough creaky floors to heighten the spooky factor, but the story ultimately goes nowhere. It’s not necessarily a bad thing that there are no major revelations or shocking reveals, but there needs to be something to maintain interest. The movie definitely has curiosity going for it, although that is a feeling abandoned once the realization sets in that there will be no explanations or truths coming out. Furthermore, the themes and characterization aren’t strong enough to overcome those flaws. 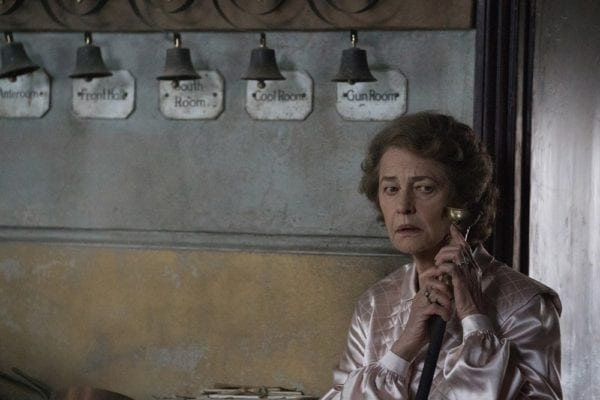 One of the most prominent subplots involves Dr. Faraday entering a romantic relationship with unmarried daughter Caroline Ayres (Ruth Wilson), and while this development allows for viewers to comprehend more of the doc’s selfishness and emotionally manipulative tactics, it also yields no real positive or negative reaction, much like most of the film itself. To be fair, the second half of the movie does find more of a groove balancing horror and these aforementioned character dynamics, but it still doesn’t amount to anything engaging as a whole. The Little Stranger is far from terrible (on a technical and performance level it is more than competent), mostly feeling as if much substance was lost in translation adapting the novel. It never transcends into anything more than a series of potentially supernatural happenings.