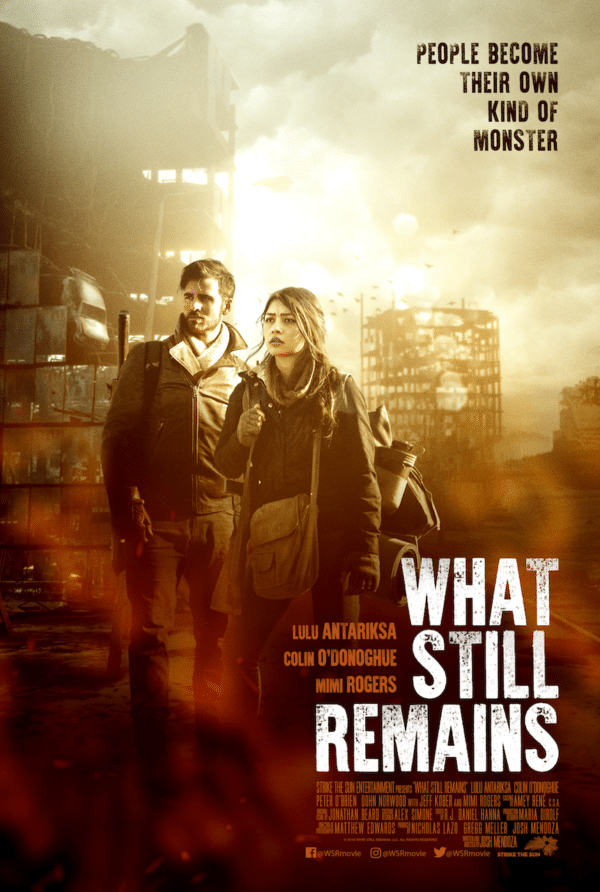 Against a post-apocalyptic backdrop, a young woman must decide who to trust in order to survive. 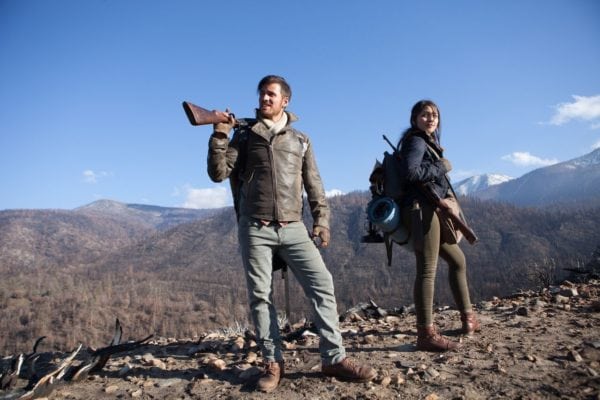 Oh, the apocalypse. Edging ever closer it seems, and in the thriller What Still Remains it’s there in all its grim glory. Desolate mountaintops and lonely valleys are captured in fine detail, bringing home a real sense of fragile isolation in this post-global virus world. The hunt for edible food, while also avoiding the scarred zombie-like ‘berserkers’ proves to be a quest in itself for anyone attempting to live more than five minutes.

Amidst this backdrop recently bereaved  of her family Anna (Lulu Antariksa), has to decide how much she can trust Peter (Colin O’Donaghue), a tough warrior type who promises her safe passage to his community across the wilds.

Both Anna and the audience soon have their doubts, not least when Peter proves to be just  a little too trigger happy. But he seems a far better bet than the survivors marauding around at every turn. Plus, he has nicer hair.

But in all seriousness, this gets to the heart of this moralistically ambitious film. It asks the question ‘who’s the most human?’, the good looking ones who speak properly and have all the right survival equipment, or the ones who howl and whistle and wear animal masks? 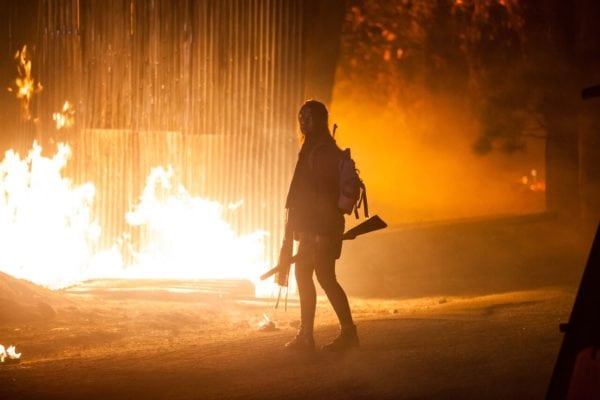 The two leads play against each other well enough, and there is a palpable sense that something horrible is just around the corner. And being a post-apocalyptic landscape, that is an entirely reasonable guess.

Also without giving too much away, there is also a good link between survivalist communities and cult religions of the kind that would undoubtedly spring up in such a situation. In this community Mimi Rogers’ character provides some icy tension of life in a home constantly under threat from outsiders.

All in all, the film provides a disturbing enough look at what could be in store for a badly messed up Earth. But with too much of the weight of humanity – and the film itself – specifically being carried by the lead, it doesn’t really have enough to go truly viral.

What Still Remains arrives in U.S. cinemas on August 10th, and on VOD nationwide August 14th.