With the upcoming release of action RPG Victor Vran: Overkill Edition on the Nintendo Switch on 28th August, Wired Productions and developer Haemimont Games have released a new video celebrating the good man himself.  The Nintendo Switch edition will be released with two expansions: Motörhead: Through the Ages and Fractured Worlds and will be available both digitally and physically. 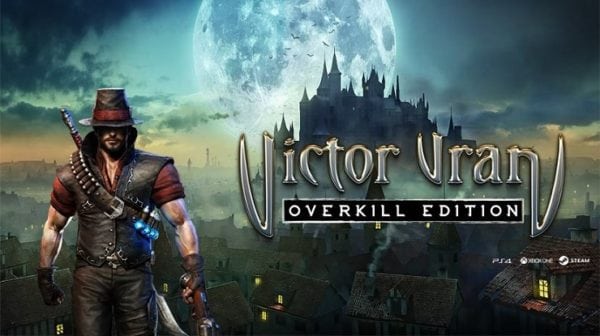 Victor Vran: Overkill Edition is an isometric action RPG that puts players in the role of Victor Vran.  As Victor, players will delve into a dark demonic world where hordes of demons and boss monsters lay in wait for the unwary.  Players will have access to a variety of powerful weapons, demon powers and outfits that can change abilities.  With the Nintendo Switch edition, players can fight solo, couch co-op with a friend or go online in a team of four.

The Nintendo Switch version features two expansions: The Fractured Worlds expansion will take Victor to a new dimension formed from the fragments of broken realms. Players will experience all new levels, new weapons, an increased weapon cap and Talismans.

With the Motörhead: Through the Ages expansion, players take Vran through the mythos of Motorhead on a quest to bring Snaggletooth back to life with the help of Lemmy and Lloyd Kaufman.

“Victor Vran: Overkill Edition is the first game of its kind to arrive on the Nintendo Switch,” said Leo Zullo, Managing Director at Wired Productions, “A masterpiece both technically and in its gameplay, Haemimont Games’ classic action-RPG will be a must have addition for Switch owners around the world.”