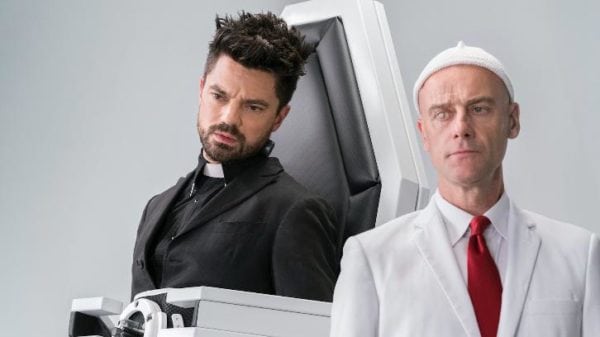 There is nothing more tastelessly crass, borderline blasphemous and pitch black pithy than an exploding Christ. Kevin Smith might have lead the charge with Dogma, George Carlin and Buddy Christ but Preacher not only takes his cake, consumes that spongy confection and redefines the line but comes dangerously close to instigating a Catholic uprising. With the transference of Genesis back and forth, Angels of death in a vendetta kind of mood and inflated All Father’s absorbing bullets, Preacher is not only sacrilegious but sardonically tongue.

From fist fights in confined spaces to work place harassment seminars where grab ass is not only actively encouraged but actually essential, this pop culture mix of hardened criminals, soul sucking matriarchs and Devil dealing advocates serves up another slice of fried gold. There is a light-hearted confidence, flagrant lack of conscience and or consequence to this level of invention making the carnage not only excusable but intrinsic. Tulip and Featherstone, Cassidy and Eccarius or the mighty Custer and Herr Starr it matters not who you root for. These are mismatched buddy team ups which offer an entertainment choice for any palette where a liking for sordid subject matter is never a concern. 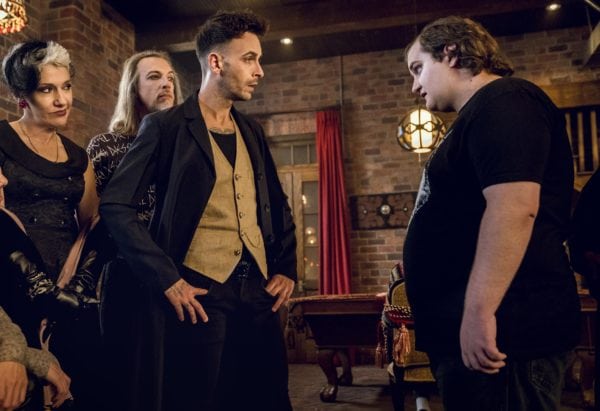 Pip Torrens and Dominic Cooper are the tag team to top them all however as both are agenda driven, overly intelligent and scheming both with and against each other. Herr Starr is the most understated and conniving of trusted employees working hard to get out from under. As a mouthpiece for the ludicrous machinations of organised religion he straddles the line between cause and effect effortlessly. When you combine that viewpoint with the aforementioned exploding Jesus and morbidly obese potentiates you get a comedy cocktail of savagely deviant distaste.

Almost everything else comes as light relief in comparison whether that be the Osaka based bank heist, vampire bromance and eventual reveal of Eccarius, or better yet that one on one between Gran’ma and her benefactor. Whatever the shenanigans, however high the body count or bad feeling it is an idiotic Humperdoo and his plethora of enablers who win out. Only that bus stop money shot comes close to illustrating how bat shit crazy season three is shaping up to be. Best you strap in before they go that one step too far and get a strap on.