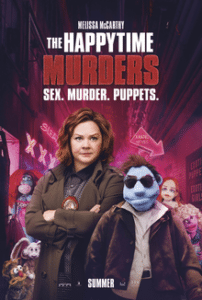 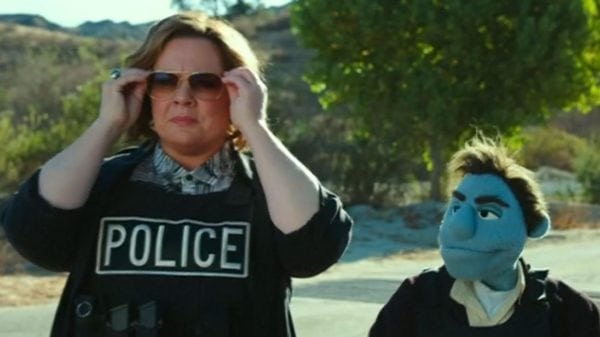 Prepare for a miserable time watching The Happytime Murders. Seriously, this is one of the worst movies of 2018 so far, and you’re talking to someone that will occasionally watch some of the lowest budget horror offerings that land in his email box out of boredom, morbid curiosity, and masochism. The frustrating part is that it didn’t have to be this terrible; directed by Brian Henson (yes, the son of Jim Henson who has followed in his father’s footsteps and has directed some noteworthy puppet flicks such as The Muppets Christmas Carol and Muppets Treasure Island) and based on a story from Todd Berger and Dee Austin Robertson with the former also writing this onslaught of nonstop sexual humor), the initial concept seems to take a page out of Seth MacFarlane’s highly successful and very funny Ted, where the general public no longer seems to care about the kind nature within puppets and the hearty togetherness they admirably promote on various television shows.

One of which is the titular Happytime gang, a crew that is now washed up and hooked on all sorts of sordid hobbies ranging from chronic porn addictions to unhealthy sugar (cocaine) obsessions since they are no longer mainstream. Even worse, there is now a divide between humans and puppets, but when a series of murders occur related to the once popular crew, the case falls into the hands of Phil Phillips (a disgraced police detective turned private investigator) and Connie Edwards (Melissa McCarthy, cursing out everyone in sight and going-for-broke in terms of physical humor in hopes of eliciting a laugh; give her credit, she will do anything, no matter how unfunny it is, all in the name of comedy). As usual with buddy-cop action comedies, the crime-busting pair have a checkered past that is just the first of many clichés the narrative adopts. 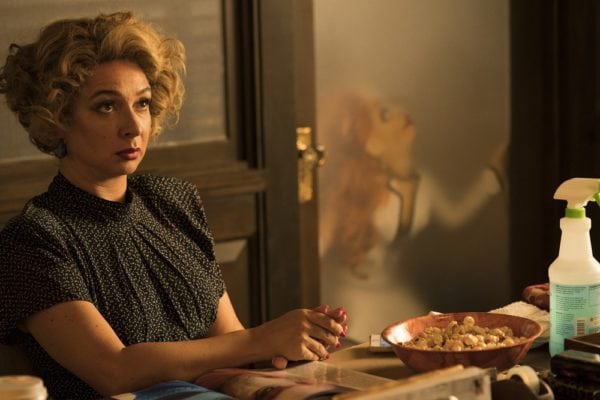 To some, The Happytime Murders will be unwatchable simply due to its outlandishly crude nature, but honestly, that’s not a problem with the movie. I’m all for a live-action comedy that treats puppets as degenerate adults, and especially one that functions as a noirish murder mystery mixing and matching species similar to the classic Who Framed Roger Rabbit?. Crossing that kind of story with say, Meet the Feebles (the legendary Lord of the Rings trilogy filmmaker Peter Jackson was up to this raunchy nonsense decades ago) or Team America: World Police antics certainly has a dirty, charming appeal. What we have here somehow embraces not a single positive quality of any of those movies.

Literally, everything here has a sexual punchline, ranging from a comedic line of dialogue to an extended sequence of puppet fucking where silly string stands in for cum (I certainly never thought that would be a sentence I would ever type). I can’t even count how many characters, mostly puppets, are addicted to sex in this movie, primarily because I forgot. That’s the thing; none of what you will see here is memorable in any way. Honestly, I wish I was offended by something here, as then I would have something interesting to talk about besides repeatedly saying “This movie has more sex jokes than James Gunn has made on his Twitter feed over the years”. Furthermore, whenever these characters aren’t engaging in sordid activities, they are snorting public cocaine, which is just as shrug-inducing. 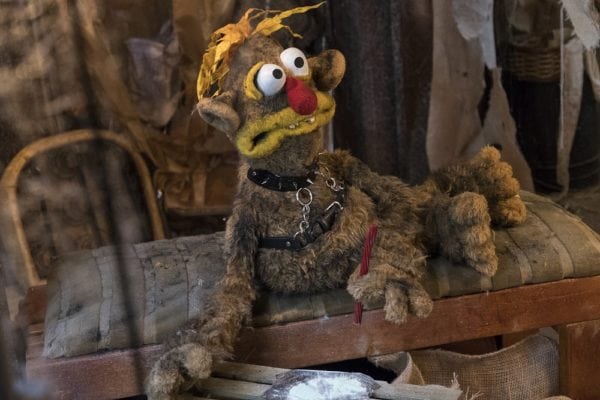 Just about one of the only intriguing elements to The Happytime Murders (and also, by far the stupidest) is the fact that Melissa McCarthy’s Connie Edwards faced a life-threatening situation where her kidney was surgically replaced with one from a puppet. Don’t ask questions; remember, it’s already a movie where puppets are going around fucking everything in sight like Harvey Weinstein at Cannes. Anyway, one would think that the script would try to expand on her character with this dynamic, but nothing is done with it. It’s as thoughtlessly implemented a plot device as humans having prejudice tendencies against puppets, which is brought up and talked about during the first five minutes and then never again. Hey, the filmmakers had to make room for even more sex jokes somehow! Also wasted are talented comedians such as Maya Rudolph and Joel McHale, the latter of which who could be chopped from the movie completely with nothing of value (not that there is anything of value here, to begin with) lost.

Tuning out all the try-hard, edgy attempts at taboo comedy, the “whodunnit” murder mystery elements are also largely boring and fairly predictable. It’s fine to embrace tropes, but not when literally everything else about the movie is crap. I laughed once throughout the entirety of the movie, during a scene that saw Phil and Connie investigating a house while whisper/yelling at each other and misinterpreting words from across a hallway. The lines themselves weren’t anything especially clever, but for a moment chemistry clicked between Melissa McCarthy and longtime puppet voiceover Bill Barretta. Since this is a movie where laughter is supposed to be derived from Melissa McCarthy taking a bite into puppet testicles, it’s impossible for anyone to blame the actors for how wooden they are together. 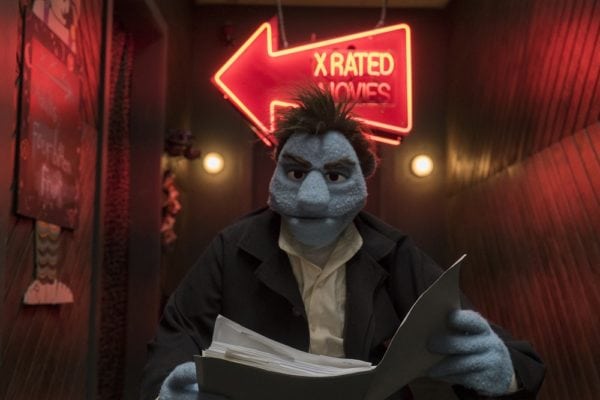 However, I will say this about The Happytime Murders; for the plentiful ways it crashes and burns, the puppeteers themselves do deserve some credit for taking these typically family-friendly critters into not often trodden territory. For example, there is a halfway decent fight sequence that sees Connie beating the hell out of numerous puppets which couldn’t have been easy to stage. The same can be said for some zoomed out shots, and of course, the sex scene. Too bad these poor souls were working on such an atrocious movie; their efforts deserve better. It hurts to say considering I genuinely like much of the talent involved here, but The Happytime Murders is arguably a low point for everyone’s career.