On The Pick of the Flicks Podcast, a different guest drops in every week to chat about their favourite movie. This week, YA author Robert Muchamore stops by to discuss Vietnam War epic Full Metal Jacket… 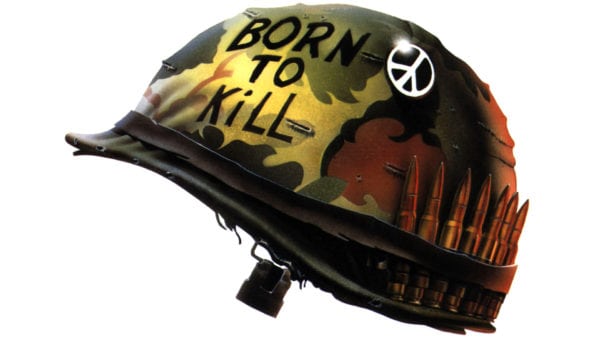 The Pick of the Flicks Podcast is a new weekly audio treat from us at Flickering Myth, in which a different guest each week is interviewed about their favourite movie.

For this first episode, young adult author Robert Muchamore (CHERUB, Rock War) pops in to chat about Stanley Kubrick’s epic Vietnam War tale Full Metal Jacket, as well as war movies in general and his new YA sci-fi novel Killer T. The interview delves into the nitty-gritty of Kubrick’s film, from the incendiary performance of R. Lee Ermey as the most terrifying drill instructor in history to the commonly cited criticism of the movie as having a much weaker second half.