Pixel Toys has announced they will be bringing Games Workshop’s Warhammer world to mobile devices this autumn with Warhammer Age of Sigmar: Realm War.  This real-time, head to head battle game will take mobile players to this fantasy world like never before.  Watch the new trailer below to meet some of the characters and see the stunning visuals… 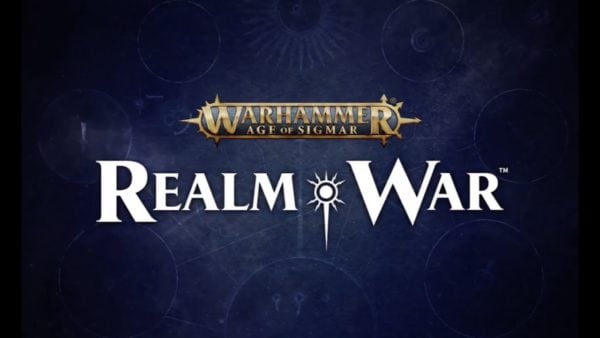 In Warhammer Age of Sigmar: Realm War players will collect and build their own unique warband decks and use these to take on other people around the world in fast moving and intense battle arenas.  Warband decks will need to be built around 3 principle unit types – Generals, Heroes and Summons with players tailoring their tactics to beat others.

“Warhammer Age of Sigmar: Realm War really feels like a leap forward in the ambitions of Pixel Toys as a developer,” said Andy Wafer, co-founder of Pixel Toys, “We’ve built our team and our reputation around bringing our experience in console development to bear in the mobile gaming space. With our last release, Warhammer 40,000: Freeblade, we set out to create the most exciting, high impact action title for touch screen devices and now we’re set to do the same for tactical action games with Realm War”.

Look out for Warhammer Age of Sigmar: Realm War coming to Android and iOS devices this autumn.