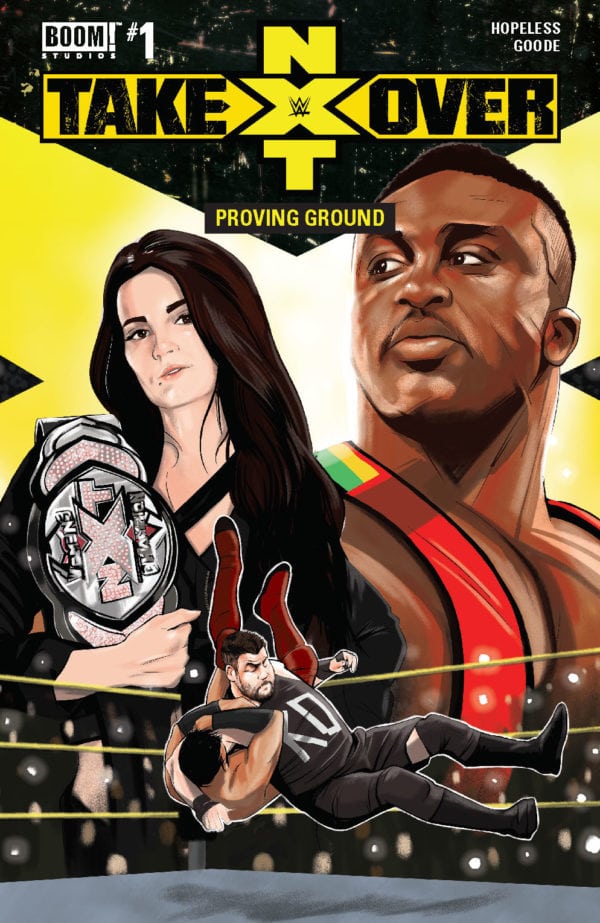 After introducing us to a whole roster in the first comic, the story narrowed down in the second edition, documenting the story of Samoa Joe and his early run in the company. The story starts with Samoa Joe taking out Finn Balor, and then he explains to us, through flashbacks, how he came to that moment.

The edition documents Joe’s debut in the company and the first ever Dusty Rhodes Tag Team Classic, which was won by Balor and Joe. Series writer, Dennis Hopeless, does a great job at establishing Joe as the grizzled vet determined to make his way in his new surroundings, and he also manages to sprinkle in some light humour, especially with Finn Balor’s ridiculously Irish dialogue. The story follows a similar format to a lot of the WWE series, but hey, if it ain’t broke, don’t fix it.

Jake Elphick, who worked on the first edition, is replaced by fellow Boom! Studios regular, Kendall Goode in this edition and personally, I’m more a fan of Goode’s work. That being said, Finn Balor is somewhat inconsistent throughout the edition, but that is a minor quibble. Goode’s attention to detail, especially for superstars in the background and in the gym is exceptional and does an excellent job at creating a sense of community down in NXT.

The edition also does a tasteful job of paying respect to Dustin Rhodes, who was instrumental in the early days of NXT, and who was also featured in the first edition of the NXT story.

On the whole, Boom! Studios continue to deliver with their NXT series. The brand is ripe for the picking when it comes to comics, and Dennis Hopeless has once again sprinkled some of his magic and come out on top here.