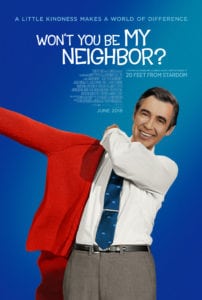 A documentary about Fred Rogers of Mister Rogers’ Neighborhood fame may seem like the height of corniness, but if you’re in the generational sweet spot for Won’t You Be My Neighbor?, you may end up with a tear or two in your eye by the time the end credits roll. Unfortunately, the home video release doesn’t include any bonus features. 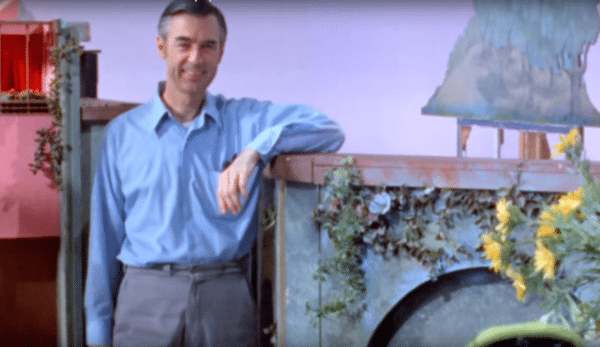 Growing up in the 1970s, Mister Rogers’ Neighborhood was one of the mainstays of my early years, along with Sesame Street, The Electric Company, and other kid shows of that era. After I outgrew them, Sesame Street occupied a special place in my heart, mostly because I was a Muppets fan too, and that group of puppets can be appreciated at any age.

However, looking back on Fred Rogers’ show as I grew older, I admit I wished more people could be like him. He truly seemed to be the same guy off camera as he was on camera, and the world could always use a little more of that kind of attitude. It’s something that I’ve thought about as I’ve had children and have interacted with other people’s kids through youth sports and similar activities. I have a son who’s autistic, so working with special needs kids has been important to me too.

Won’t You Be My Neighbor?, a documentary about the life of Fred Rogers and the origin of his famous show, is aimed at those of us who grew up with him, but I hope other generations can appreciate it too. The film uses archival footage of Rogers along with contemporary interviews with many people, including his widow, Joanne; his sons, James and John; cellist Yo-Yo Ma, who was his friend; cast members David Newell and François Scarborough Clemmons, who played Mr. McFeely and Officer Clemmons, respectively; and many others.

Rogers lived such a straight-arrow life that it’s easy to assume that there wouldn’t be much dramatic weight to a documentary about him, but director Morgan Neville digs through plenty of interesting subjects. For example, there was a show about assassination after Robert Kennedy was killed, and there was another one that took a shot at the folly of the Vietnam War. I don’t know if any other children’s shows addressed such weighty subjects in a direct and honest manner.

Neville also makes sure that he covers the time Rogers testified before a Senate committee that was threatening to cut funding for PBS during the Nixon years. Rogers makes a heartfelt plea that wins over the curmudgeonly Senator running the proceedings – it actually plays out like a scene from a movie, but it really did happen. 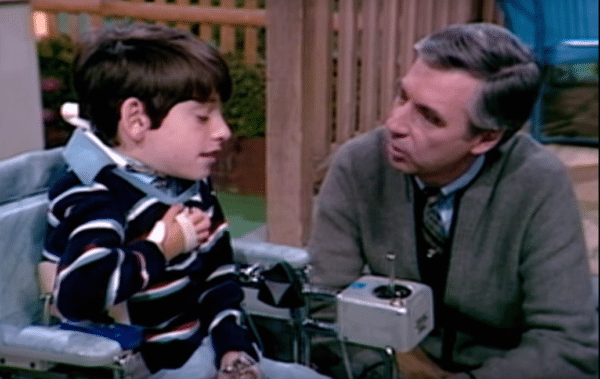 At one point, Rogers ceased his show and did one for adults that didn’t quite catch on the way the show about his neighborhood did. He later went back to Mister Rogers’ Neighborhood and actually devoted entire weeks to such topics as divorce and death. Later, he helped children make sense of the tragic events of 9/11.

My only quibble is that Neville doesn’t spend as much time on Rogers’ childhood as I would have liked. It’s covered a bit, and the formative events are touched on, but the film could have used a little more discussion of his early years.

Fred Rogers passed away in 2003, leaving behind a life well-lived as well as generations of people who were touched by the lessons he imparted. I know, this sounds like a cliché, but I don’t think there will ever be anyone like him again, particularly someone who could make such a national impact. Our culture is too fragmented and kids have too many things competing for their attention, even in preschool, for someone like that to cut through the noise again.

Unfortunately, this DVD release doesn’t include any bonus features, which is a bummer. Documentaries usually have plenty of deleted material, so it would have been nice to see some of that. Perhaps another edition is in the works.