AfterShock is set to launch its new sci-fi series The Last Space Race next month, and we’ve got a first-look preview of the first issue for you here; take a look… 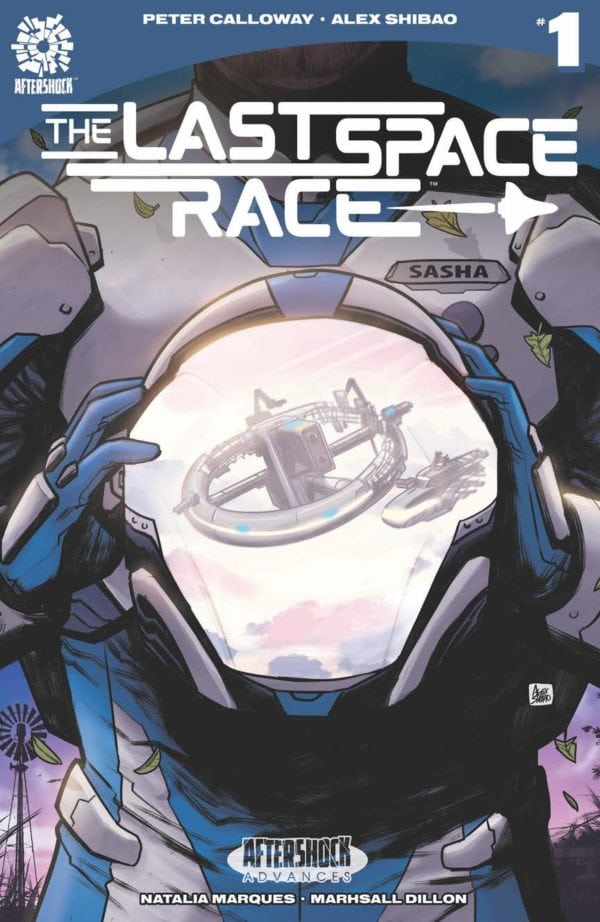 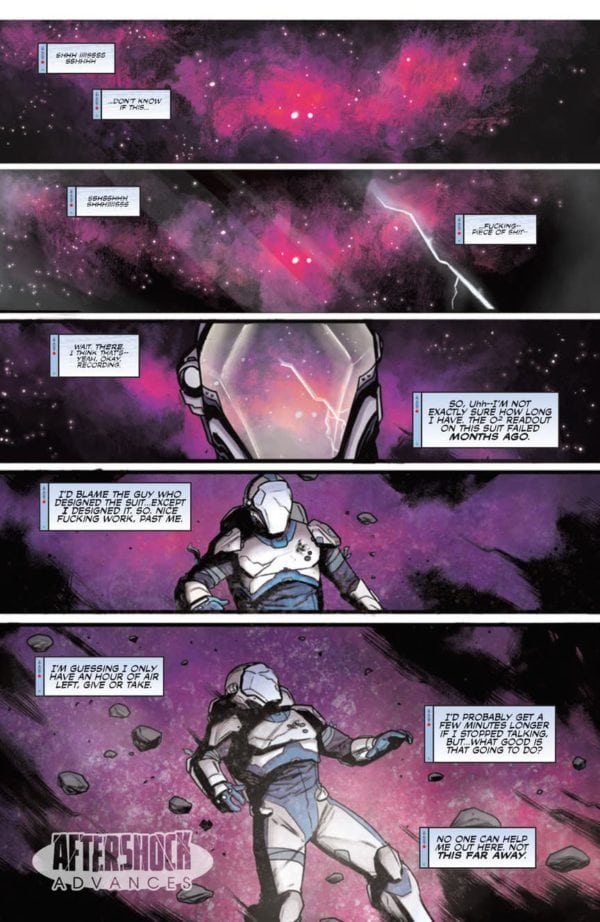 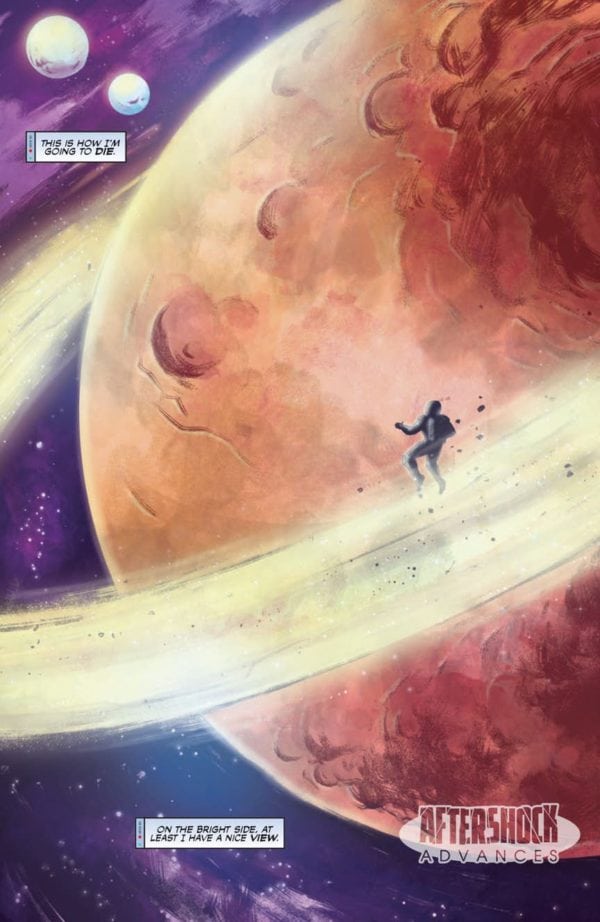 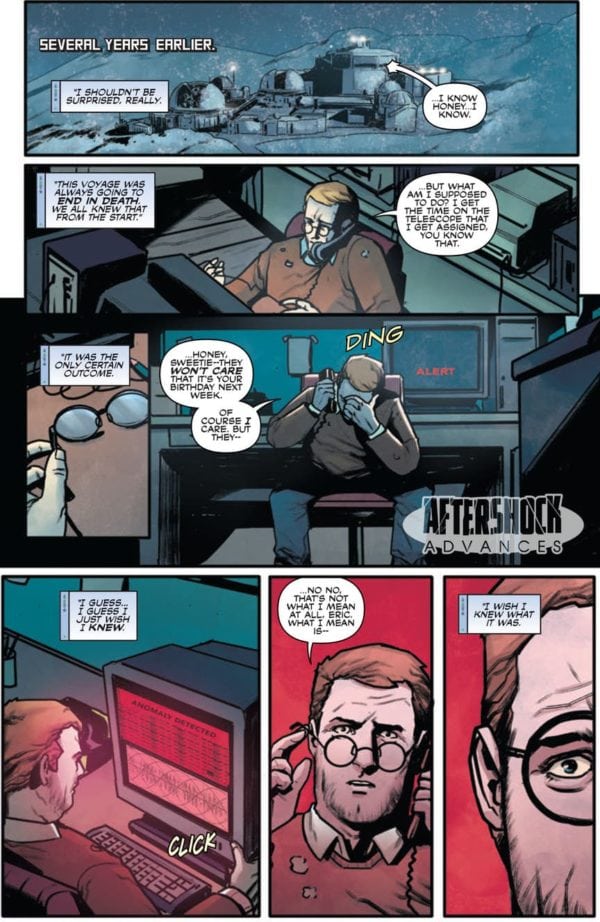 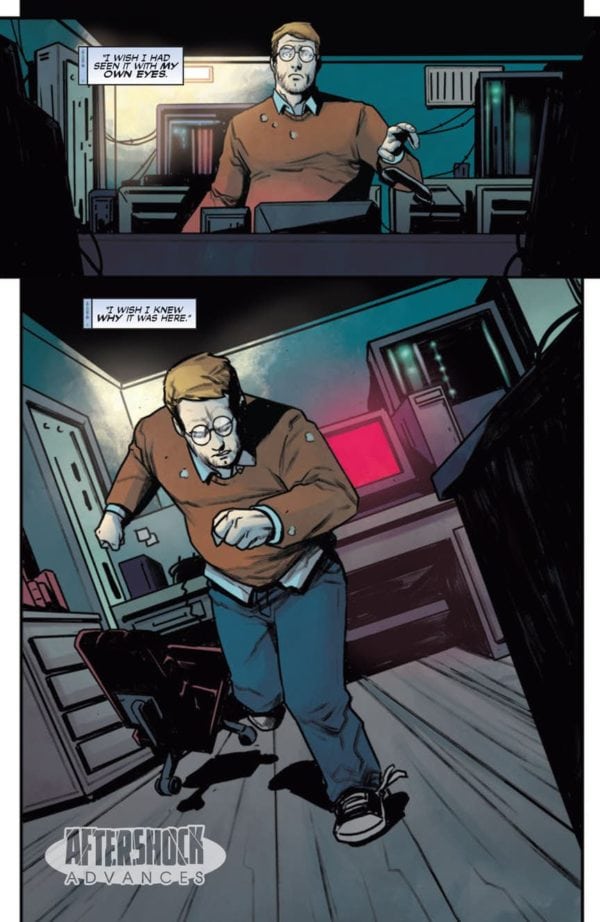 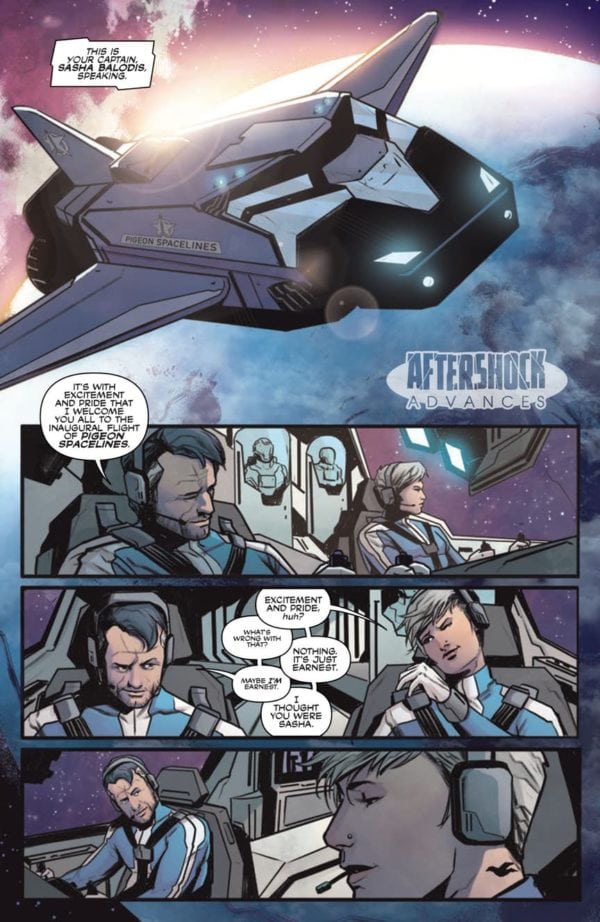 It started as an anomaly. An outlier in the noise that’s so common in astronomical data. But the truth sends the United States—and the world—careening into what will become humanity’s LAST SPACE RACE.

Leading the effort for the United States is one man, Sasha Balodis. A fun-loving tech billionaire turned aerospace titan, Sasha’s seemingly perfect life has been gripped by recent tragedy. Building and launching the most expensive, most ambitious and most important project in history—well, it gives him something to live for again.

There’s only one thing standing in his way: his arch-rival and chief aerospace competitor, Roger Freeman.