Calum Petrie gets hands on with Assassin’s Creed: Odyssey at EGX 2018… 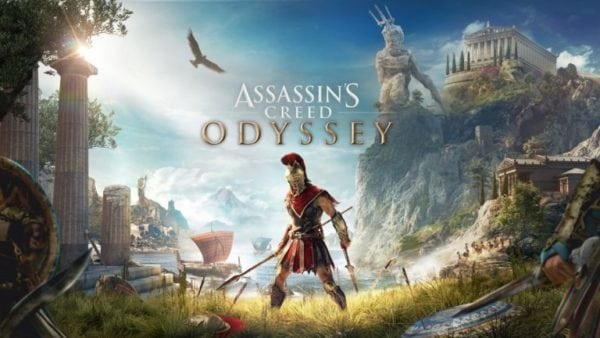 Ubisoft have pulled out all the stops this year with their epic tale in this years Assassin’s Creed title. The build of the game on the show floor was from Gamescom, this meant that anyone who had played the game at this years show in Germany wouldn’t benefit from anything new. The demo took place a few hours into the story already, allowing players to venture forth into the action.

The first things I noticed was the ability to play as either the male or female lead, though I imagine this only changes dialogue options. The character’s move sets are roughly the same and going with a female over a male in combat seemed to have no distinct advantage or disadvantage. Players who enjoyed last years Origins will be happy to see the return of the new combat system and more RPG elements; the biggest change since last year was my character had no shield. In lieu of a shield the spear is slotted in your off hand slot, and this allows for some large area special attacks that came in handy for crowd control situations.

The demo allowed players to either enter a large scale battle, or to venture onto the water for ship combat. This ship combat was my particular favourite as it allowed me to Spartan kick enemies off the side of ships. The battle on the other hand was a tad overwhelming,and  the loss of my shield from last year left me confused and getting pummelled repeatedly. 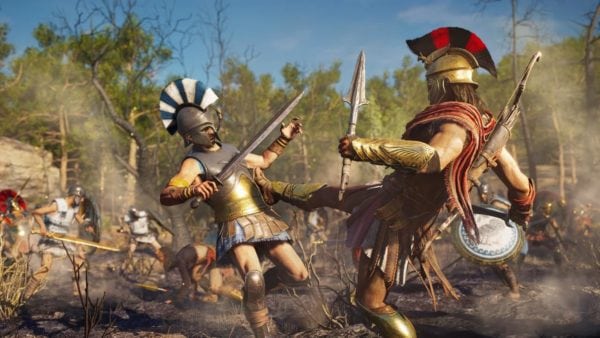 The combat was extremely fun, coupled with the stunning visuals (the build was running on an Xbox One X) which allowed for some stunning vistas and breathtaking draw distance. Swimming underwater was probably one of the most standout moments – the attention to detail when under the water showed schools of fish to swimming around your character.

The franchise has more life left in it than many people would think, although the return to the past may not be exactly what the hardcore fans of the series want. Though if the season pass plans manage to push the game’s story further and longer than a standard play through then this might be one of the best Assassin’s Creed games yet.