StudioCanal has announced the upcoming release of 4K restorations of the John Carpenter classics The Fog, Escape from New York, Prince of Darkness and They Live, which will screen theatrically before arriving on 4K UHD, Blu-ray and DVD this autumn. 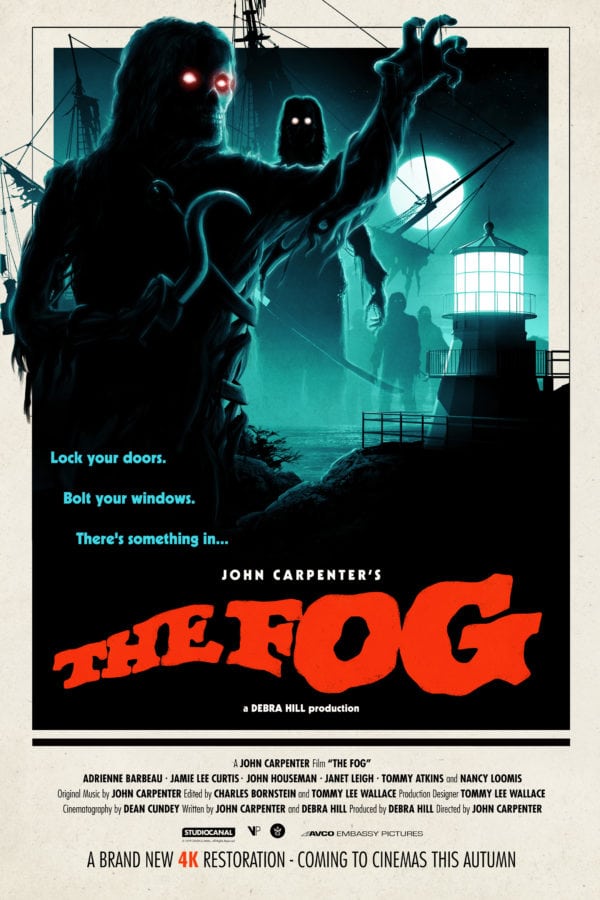 Antonio Bay, California has turned a hundred years old and is getting ready to celebrate its centennial year. But as the residents of the tightknit community begin to prepare for the festivities, a mysterious cloud of fog appears upon the shore and begins to creep its way across the town, leaving a trail of horrifying slaughter that hints at a deep, blood-soaked secret from its past. 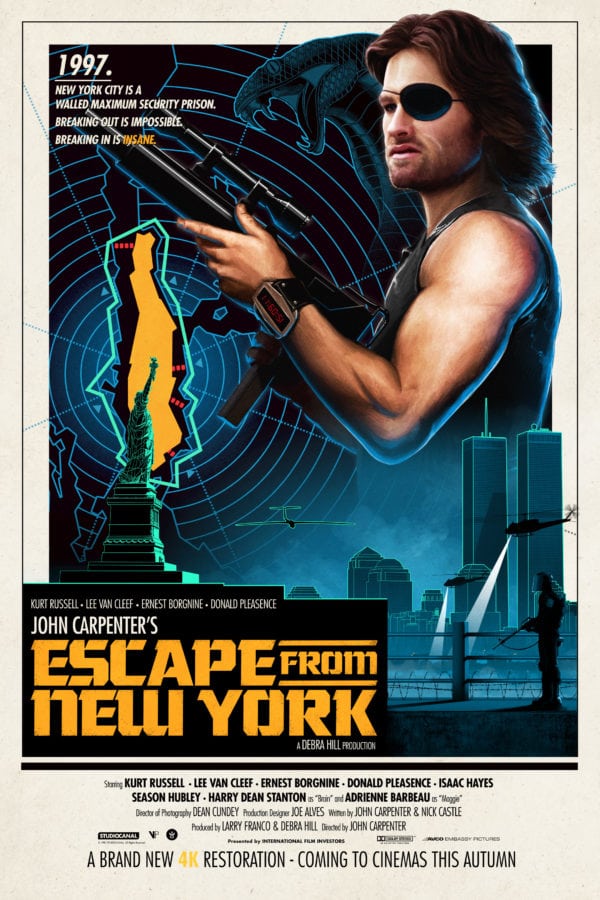 The year is 1997 and in a police state future the island of Manhattan has been turned into a maximum-security prison. The rules are simple: once you’re in, you don’t come out. But when the United States president (Donald Pleasance) crash lands an escape pod into the centre of the city after fleeing a hijacked plane, a ruthless prison warden (Lee Van Cleef) bribes ex-soldier and criminal Snake Plisskin (Kurt Russell) into entering the hazardous Manhattan and rescuing the stranded President from the twisted underworld and the demented clutches of its criminal overlord The Duke (Isaac Hayes). 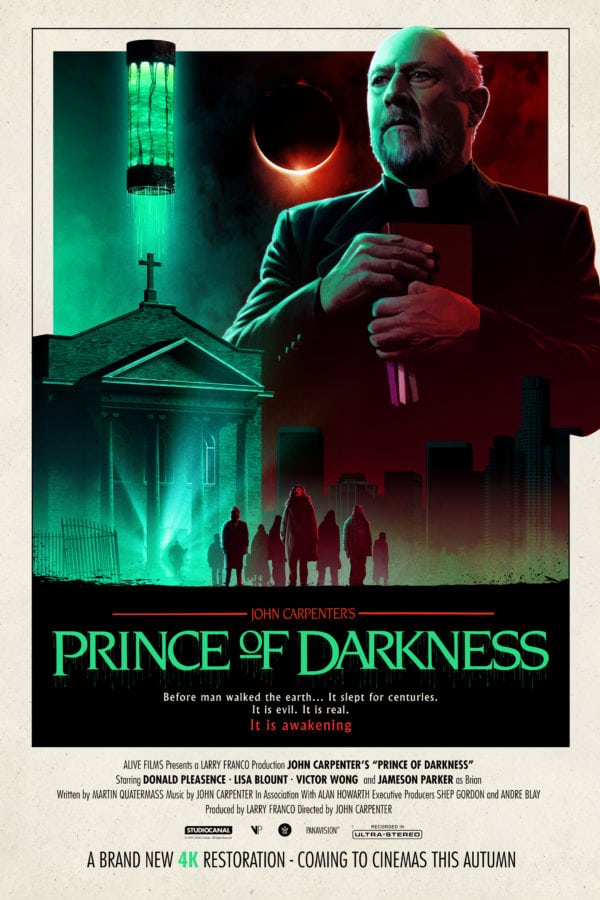 Deep in the basement of an abandoned church, once run by a sinister religious sect, lies a strange bottle of green liquid being investigated by a group of local theoretic physics students. But as the night draws on the students soon realise that the strange relic holds a dark and powerful force beyond their control. A force that could well be the essence of pure evil: the remains of Satan himself. Starring Donald Pleasance, Jameson Parker and Jason Wong. 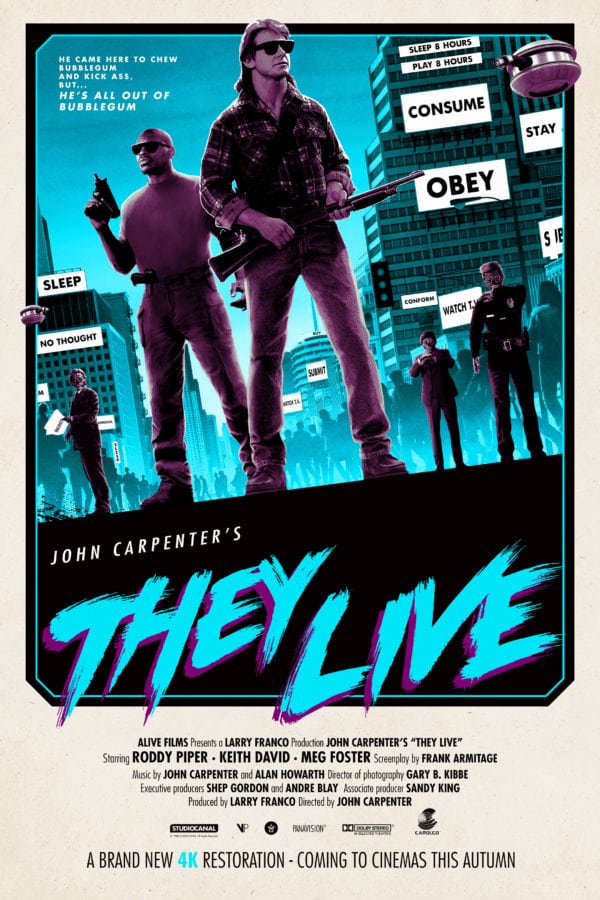 WWF wrestler “Rowdy” Roddy Piper plays John Nada, a homeless, unemployed construction worker who discovers a pair of sunglasses that when worn suddenly reveal a world run by yuppie aliens intent on keeping the human race brainwashed and sedate with subliminal messages fed through advertising and the media. Luckily for us all John Nada is a man of action and so begins the fight-back (including perhaps the longest fistfight in cinema’s history) to save humankind.