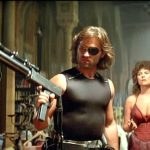 Radio Silence, the filmmaker group that includes Tyler Gillett, Matt Bettinelli-Olpin, and Chad Villella, is set to direct a new Escape From New York. Thankfully for many fans, Entertainment Weekly has reported that the film wouldn’t be a remake. Radio Silence is adding to their ranks of “requels” (a term coined in their 2022 film […] 20th Century Studios looks to be taking another stab at the long-planned Escape from New York remake, with the studio tapping filmmaking team Radio Silence – Matt Bettinelli-Olpin, Tyler Gillett and Chad Villella – to try and drag the project out of development hell after their success relaunching the Scream franchise with this year’s reboot. […] 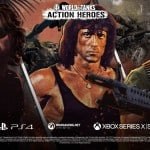 Wargaming have started a new season on World of Tanks Console bringing a world of ’80s action to players.  Get ready for a season of content where muscle meets metal, rewards can be earned and where three ‘80s action movie heroes help players become legends.  Watch the new trailer below to see more of the […] EJ Moreno picks out some highlights from horror streaming service Shudder… Shudder, the horror-themed streaming service is quite a delight for genre fans. Even for relative newcomers to horror, there’s the perfect amount of beginner and intermediate films. From original content to classic cinema, there’s something for everyone’s tastes. Shudder’s selection does get overwhelming with […] 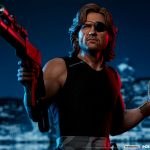 Sideshow and PCS Collectible have unveiled the 1:3 scale Snake Plissken statue which is based on the appearance of Kurt Russell in John Carpenter’s 1981 cult classic Escape From New York. The piece is available to pre-order now, priced at $1000.00; check it out here… SUPPORT FLICKERING MYTH: Order via Sideshow Collectibles “When I get back, […]

Fresh from signing on to write and direct the Universal Monsters film The Invisible Man for Blumhouse Productions, Upgrade helmer Leigh Whannell has now added another high-profile remake to his upcoming slate. According to THR, Whannell is set to script 20th Century Fox’s planned Escape from New York remake, with the door open for him […] Vice Press and Grey Matter Art have announced the release of a new set of quad-sized art prints for John Carpenter’s The Fog, Escape From New York, They Live and Prince of Darkness, created by British artist Matt Fegurson for the films’ 4K restorations. From today, for one week only, collectors will have the chance […] Director Robert Rodriguez has neither confirmed nor denied if he will be directing a remake of Escape From New York. The Kurt Russell led sci-fi thriller is an 80s classic. Directed by John Carpenter, the film has been hugely influential over the years and spawned a sequel in the film Escape From LA. A remake of […] 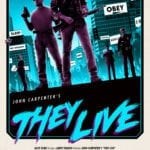 StudioCanal has announced the upcoming release of 4K restorations of the John Carpenter classics The Fog, Escape from New York, Prince of Darkness and They Live, which will screen theatrically before arriving on 4K UHD, Blu-ray and DVD this autumn. Antonio Bay, California has turned a hundred years old and is getting ready to celebrate its […]

Back in 2016 it was revealed that Luther creator Neil Cross had been tapped to pen the reboot/prequel to John Carpenter’s Escape from New York, and now Cross has provided an update on the project during an interview with Deadline, revealing that his script has received the seal of approval from Carpenter himself. “Robert Rodriguez […]