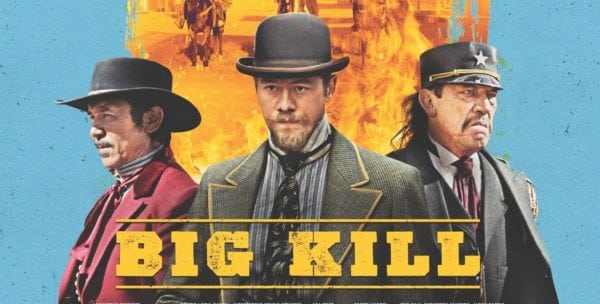 Ahead of its release next month, a new trailer has arrived online for the upcoming action Western Big Kill. Written and directed by Scott Martin, the film stars Christoph Sanders, Jason Patric, Michael Pare, Lou Diamond Phillips, and Danny Trejo; watch it here…

A tenderfoot from Philadelphia, two misfit gamblers on the run, and a deadly preacher have a date with destiny in a boom town gone bust called Big Kill. After the death of his wife, Jim, the accountant, has come from the East to join his brother in business. Jake and Travis, two misfit rogues with one foot on each side of the law, have come from the south after being run out of Mexico under a hail of gunfire. What they find in the West is a wild ride, a fight for survival, and a moment of decision that will change them all forever.

Big Kill is set for release on October 19th.