On The Pick of the Flicks Podcast, a different guest drops in every week to chat about their favourite movie. This week, script editor and #tweetnotes writer Adam Ellard drops in to talk about Jeff Goldblum’s crumbling face in The Fly… 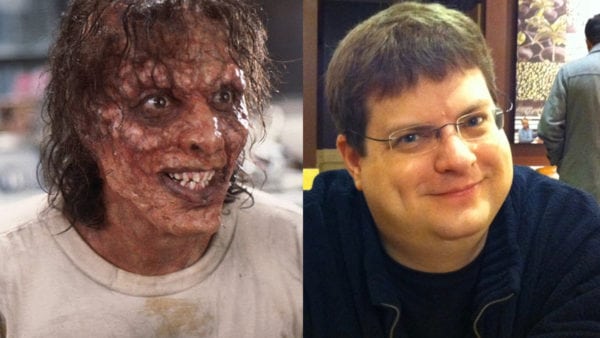 This week on the podcast, I got the chance to chat with Andrew Ellard, who has worked as a script editor on a selection of excellent British television sitcoms, including The IT Crowd, Count Arthur Strong and Red Dwarf. He’s also the guy behind the hugely popular #tweetnotes series on Twitter, analysing movies from a scriptwriter’s perspective. His movie of choice is David Cronenberg’s remake of The Fly, which sees Jeff Goldblum’s scientist gradually become a fly-human hybrid after an experiment gone wrong.

Listen to “The Fly w/Andrew Ellard” on Spreaker.