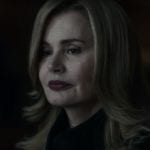 Netflix has announced that Oscar-winner Geena Davis has signed on for a recurring role in the third season of its comedy series GLOW. Davis is set to portray Sandy Devereaux St. Clair, the entertainment director of Las Vegas’ Fan-Tan Hotel and Casino, where the Gorgeous Ladies of Wrestling are headlining. She will appear in five […] 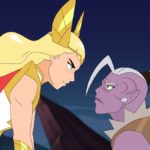 Netflix has announced that season three of She-Ra and the Princesses of Power is set to hit the streaming service on August 2nd, and is bringing with it a classic character from the original She-Ra: Princess of Power in the Salaxian bounty hunter Huntara. Voiced by Oscar-winner Geena Davis, Huntara is described by Deadline as […] 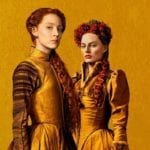 Variety is reporting that Geena Davis (Thelma & Louise) and Joan Chen (Marco Polo) have signed on to star alongside Jessica Chastain in the upcoming action thriller Eve. Chastain stars as the titular Eve, an assassin working for a black ops organisation. Colin Farrell (Fantastic Beasts and Where to Find Them) plays her boss, with […] 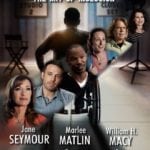 Having earned rave reviews on the festival circuit back in 2012, director Jenni Gold’s documentary CinemAbility: The Art of Inclusion has now received a North American release on VOD courtesy of Leomark Studios. The film explores the history of disability portrayals in entertainment, and features interviews with a cavalcade of stars including Ben Affleck, Jamie Foxx, Marlee […] 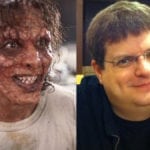 On The Pick of the Flicks Podcast, a different guest drops in every week to chat about their favourite movie. This week, script editor and #tweetnotes writer Adam Ellard drops in to talk about Jeff Goldblum’s crumbling face in The Fly… This week on the podcast, I got the chance to chat with Andrew Ellard, […] 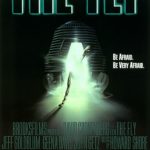 The Fly, 1986. Directed by David Cronenberg. Starring Jeff Goldblum, Geena Davis, and John Getz. SYNOPSIS: Seth Brundle is an eccentric but brilliant scientist who has invented a pair of device that could change the world; teleportation pods. Deciding to test his inventions by teleporting himself, Brundle fails to notice the presence of small fly […] 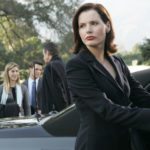 With Patty Jenkins close to signing her bumper deal to return to the director’s chair for Wonder Woman 2, actress Geena Davis (Thelma & Louise, The Exorcist) has revealed to Entertainment Weekly that she’s already been lobbying the filmmaker to cast her in the DC sequel. “I met Patty Jenkins and I told her, ‘I’m […]

Ahead of its release next month, a poster and trailer have arrived online for the upcoming sci-fi drama Marjorie Prime. Written and directed by Michael Almereyda, the film is based on the Pulitzer Prize-nominated play of the same name by Jordan Harrison and stars Jon Hamm, Lois Smith, Tim Robbins, and Geena Davis; take a […]

As part of of 2016 San Diego Comic-Con coverage, david j. moore chats with Geena Davis and Jeremy Slater about The Exorcist TV series… Designed as a continuation of the original film adaptation of William Peter Blatty’s The Exorcist, Fox’s TV series The Exorcist takes the mythos in a bold new direction, while honoring the […]