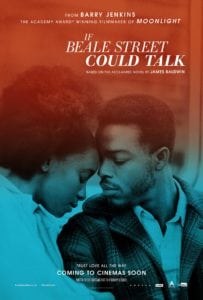 Childhood sweethearts Tish and Fonny live in Harlem in the 1970s and are planning a life together, despite difficulties finding a home.  The celebrations when Tish discovers she’s pregnant are short lived when Fonny is arrested for rape, a crime he didn’t commit.  And now Tish has a desperate fight on her hands to prove his innocence.  Based on the novel by James Baldwin. 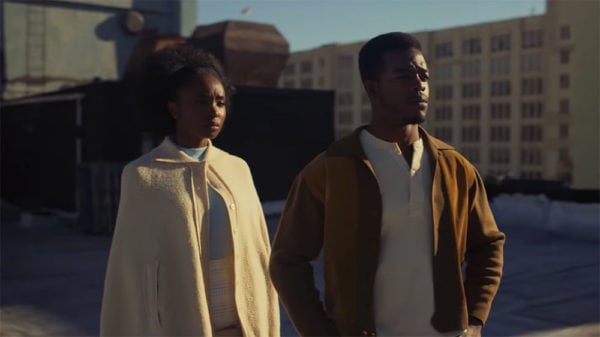 When your second feature starts out as a sleeper hit at festivals and takes off like a rocket to win the Best Picture Oscar, where do you go next?  The only way has to be down, surely.  And for many directors it is, but they’re not Barry Jenkins.

After all the accolades showered on Moonlight, he’s stuck with his winning formula of writing and directing, but this time has adapted James Baldwin’s 1974 novel, If Beale Street Could Talk, one that paints a vivid portrait of life in Harlem for black Americans at the time – the prejudice, the weighted legal system but also the strength of family bonds.  The story of a young couple fighting against the injustice of a trumped up rape charge, while she is expecting their first child, is a narrative laden with dramatic potential on the page.  In its transition to the screen under Jenkins’ direction, it becomes a film that takes hold of your heart, squeezes it and leaves you breathless. 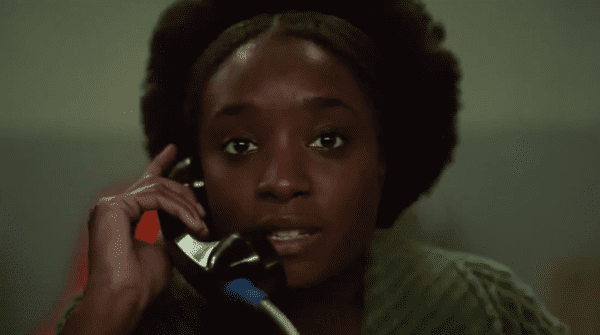 The injustice of their situation, the prejudice that permeates their lives at every turn, big and small, is a gut-punch, even down to the small humiliations Tish (KiKi Layne) suffers at her department store perfume counter job at the hands – literally – of white male customers.  And the attitude of black male customers to her as well.  Behind that counter, she’s in limbo, belonging nowhere.  Then there’s the police force: we’re only shown white officers and they’re not averse to setting up any black person who meets with their displeasure.  It’s where Fonny’s (Stephan James) troubles start, defending Tish when she’s harassed by a white sleazeball in the local grocery store, only to be spotted by a cop.  Close to arresting Fonny, the officer is stopped in his tracks by the store owner who says she saw the incident and that the young man is telling the truth.  Said cop doesn’t take kindly to being put in the wrong and it’s obvious that it’s only a matter of time before he gets his own back.

On the more positive side, the film is also a celebration of family love and strength: anybody whose formative years were lacking in this way will find themselves yearning to have had a family like Tish’s.  It doesn’t matter how little they have, or what obstacles are placed in their way.  What’s important is the love and support they give each other, so that when Tish has to tell her mother she’s pregnant, she’s terrified, yet she knows the family will be with her all the way.  This is family in the truest sense of the word, a total contrast to Fonny’s: bitchy sisters, bible bashing mother and a hot tempered father who’s had more than enough of all of them. 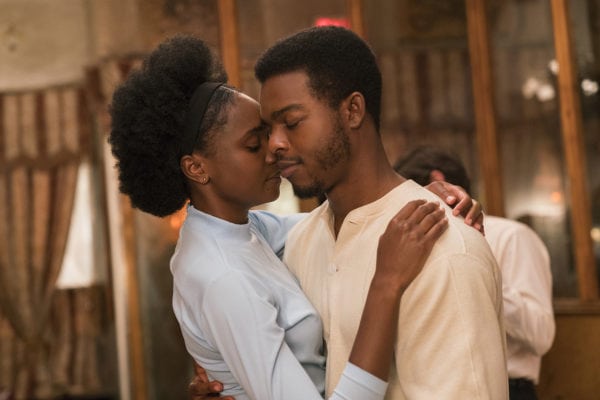 As an adaptation of Baldwin’s book, it’s remarkably faithful.  There are a few changes but they’re true to the book’s remarkable spirit.  Barry Jenkins was simply the right and only director who could have translated this onto the big screen.  His understanding of the characters shows in his casting and it seems churlish to single out any of them.  But KiKi Layne and Stephan James as Tish and Fonny are superb: the depth of the connection between them is tangible and heartfelt.  And Regina King is excellent as the mother, who will do anything for her daughter and the man she loves.  She’s the beating heart of the family.

Jenkins hasn’t put a foot wrong.  Alongside all that, there’s an outstanding score from Nicholas Britell, combining haunting music with atmospheric, heart pounding sounds of tension, and glowing lighting.  If Beale Street Could Talk has to be regarded as a serious contender for the next awards season – at the moment, at least.  It is easily one of the best of the year, if not the best.

If Beale Street Could Talk is shown at the London Film Festival on Saturday 20th and Sunday 21st October and released in the UK on February 8th 2019.