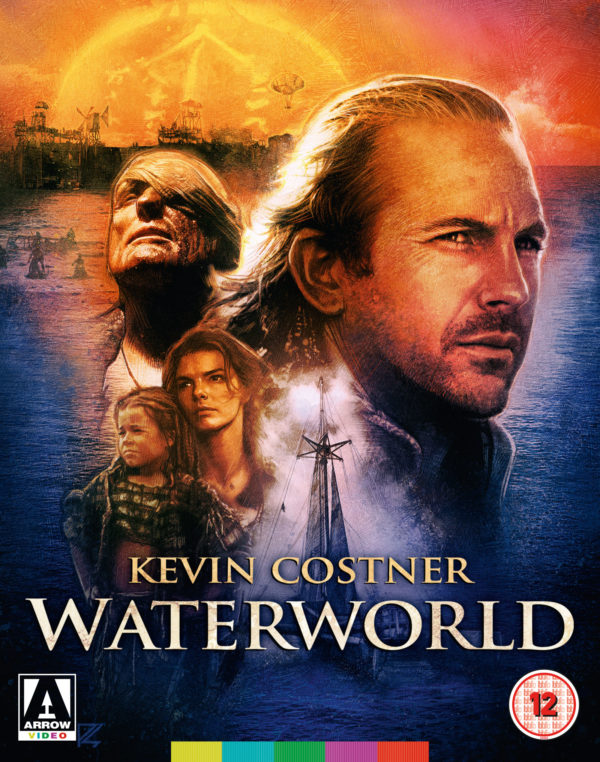 A definitive post-apocalypse blockbuster, Waterworld stars Kevin Costner (The Untouchables) as The Mariner – a mutant trader, adrift in a dystopian future where Earth is submerged under water and humankind struggles to survive on boats and in ramshackle floating cities. The Mariner becomes embroiled with the Smokers, a gang of pirates who, led by villainous leader Deacon (Dennis Hopper, Blue Velvet), are seeking Enola (Tina Majorino, Napoleon Dynamite), a girl with a map to the mythical realm of “Dryland” tattooed on her back.

Famous for both its epic scale and the controversy that swirled around its production, Waterworld is a key cult film of the 1990s, and an essential entry into the subgenre of ecologically-minded blockbusters. Presented here in an exclusive new restoration, in three different cuts, and with a wealth of extra material, this high-water mark of high-concept Hollywood can now be enjoyed as never before. 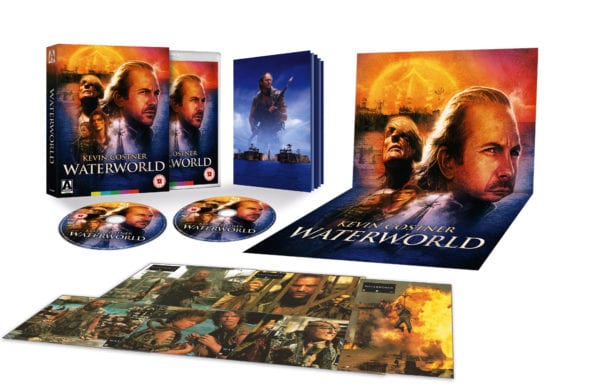 Waterworld is set for release on December 10th from Arrow Video.