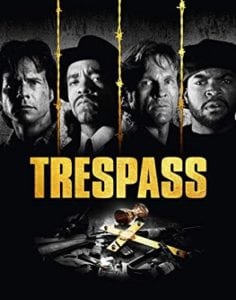 A pair of firemen searching for loot find themselves in a standoff with a gang of drug dealers. 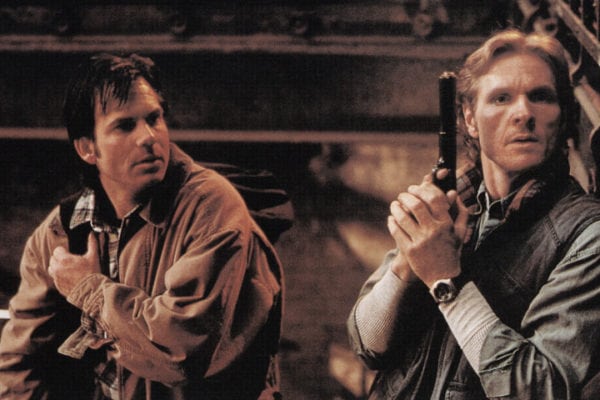 Trespass is a 1992 action/crime film directed by Walter Hill (The Warriors/48 Hrs.) and starring the late, great Bill Paxton (Aliens) plus the then-long awaited on-screen pairing of rappers Ice-T (New Jack City) and Ice Cube (Boyz n the Hood), and if that alone isn’t enough of a sell then a) you’re probably too young to remember the ’90s or b) you were probably too old in the ’90s. Everything about Trespass hits that nostalgic sweet spot if the early ’90s was your playtime but not only that, it also works as a tremendous popcorn movie watching it now for the first time without any nostalgia for proper gangsta rappers appearing in movies.

Despite this being a retelling of John Huston’s The Treasure of Sierra Madre the plot of Trespass is completely daft in that Don (William Sadler – The Mist) and Vince (Paxton), a pair of firefighters from Arkansas, are handed a treasure map by a man looking to repent his sins before he dies in a house fire. Thrilled by the idea of claiming gold artefacts stolen from a church 50 years previous the two firemen make their way to East St. Louis to search a disused factory for the loot, but once there they get more than they bargained for when tramp Bradlee (Art Evans – Fright Night) shows up to see who is ransacking his home. However, things take a turn for the worse when Vince witnesses gang leader King James (Ice-T) kill another gangster and the scene is set for a standoff as Don and Vince are cornered in the derelict building by the bloodthirsty gang with little chance of escape with their lives, let alone the gold.

Featuring a sweary script that reflected the gang culture that was making headlines at the time, Trespass is certainly a time capsule of early ’90s crime movies and if the overall point of a movie is to entertain then it scores very highly as it hits the ground running and doesn’t let up for the whole of its running time. Sadler and Paxton have a decent chemistry together and you can well believe that their characters are friends to the point that when things go awry and greed takes over from survival the actors really are having a falling out (William Sadler does tell a story in the extra features about accidentally hitting Bill Paxton during a fight scene and then having to finish the scene off the next day with Paxton still bearing a friendly grudge and kneeing him in the groin), and, as is the way with these cleverer-than-they-first-appear scripts, in a reflection of that King James and his sidekick Savon (Ice Cube) also have different ideas when it comes to handling the situation, and although their acting chops aren’t as big as the two leads, having the two Ices together and playing off their public persona’s as streetwise gangsters in a bind is a treat, especially when they inevitably turn against each other. 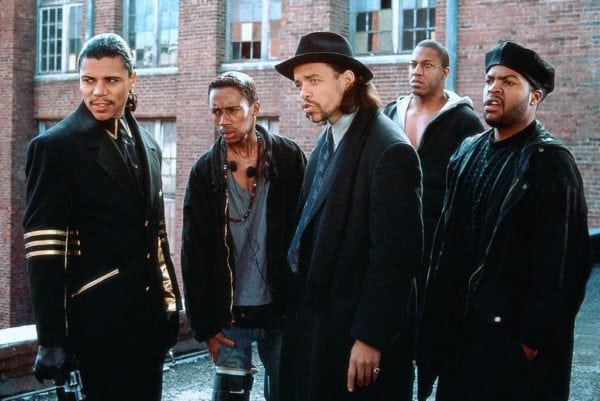 Looking crisp and fresh on Blu-ray, Trespass has aged surprisingly well, with only a few of the gang members fashion choices a clue to its age if you didn’t know it. Extras come in the form of cast and crew commentaries and interviews, with no contribution from either Ice-T or Ice Cube but William Sadler is good value, plus a collector’s booklet with writings on the film. Like most Walter Hill movies Trespass is an energetic thrill ride that won’t linger in the memory for too long but what does that matter? While you’re sat watching it you’re fully engrossed in watching two sets of desperate people battle each other with neither willing to budge, with explosions of violence and action the likes of which you don’t really see done in quite the same way nowadays. It may run about 10 minutes too long but otherwise Trespass is highly exciting and hugely enjoyable.