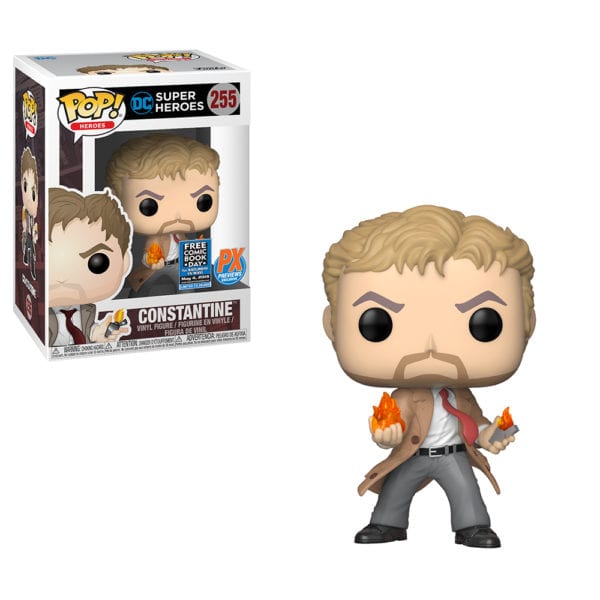 The PREVIEWS Exclusive (PX) POP! DC Heroes: John Constantine Vinyl Figure (NOV180015; SPR $11.99) may look scruffy in his rumpled trench coat, with his rumpled hair and sour attitude, but don’t be fooled… John Constantine is one of the most accomplished magicians in the DC Universe! In May, Constantine joins Funko’s POP! figure line with a PX just in time for Free Comic Book Day! Standing 3 3/4” tall with the urban, stylized design that has made Funko’s figures so popular, the POP! John Constantine Figure is essential for collectors who love the darker side of the DC Universe! 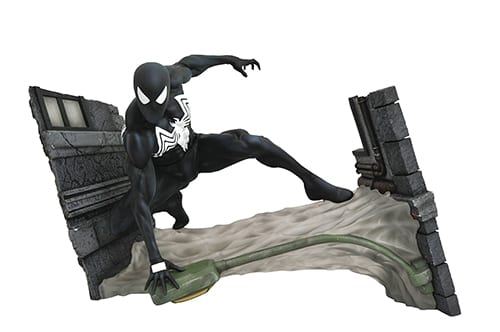 Diamond Select Toys adds a spectacular new figure to its Marvel Gallery line as Spider-Man celebrates Free Comic Book Day with the black costume variant in the PREVIEWS Exclusive Marvel Gallery: Symbiote Spider-Man PVC Statue (NOV180013; SRP $45.00)! Spider-Man lives up to his namesake, crouched on a web slung across an alleyway, portraying the hero in his element. Measuring approximately 7” high by 11” wide, this detailed sculpt by Alterton is based on a design by Caesar, and comes packaged in a full-color window box. 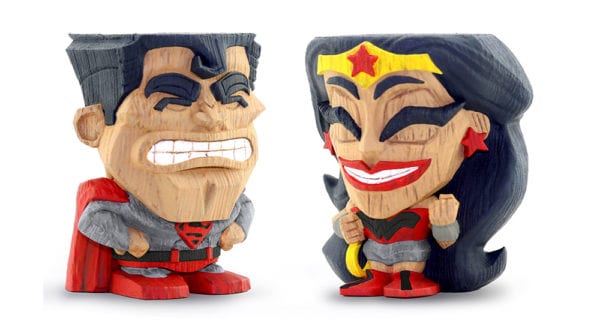 Superman: Red Son, Mark Millar and Dave Johnson’s Elseworlds tale of a world where Superman’s rocket landed not in Kansas, but in the Soviet Union, is one of the most acclaimed Superman stories of all times, and now it’s coming to Free Comic Book Day! Cryptozoic Entertainment celebrates the story with a PREVIEWS Exclusive Teekeez: Red Son Superman & Wonder Woman Vinyl Figure 2-Pack (NOV180014; SRP $19.99)! These vinyl figures have a distinctive wood-carved aesthetic, inspired by tropical tiki designs, and stand 2 3/8” tall.