In an exclusive interview, Flickering Myth sat down with actor-producer Lee Kholafai to talk his role in Glass Jaw and his cross over into producing the boxing feature film. 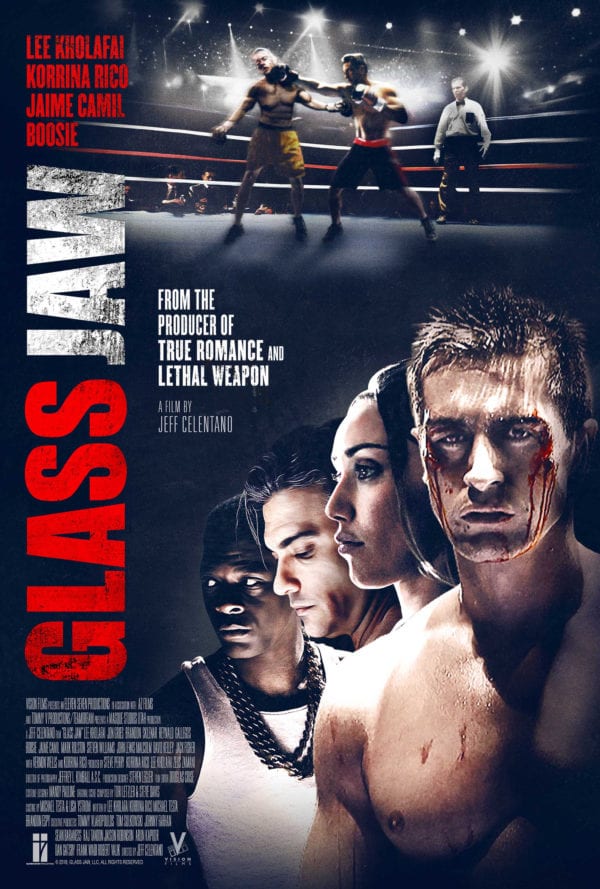 Can you tell us a bit about where you lived ahead of Los Angeles, and what it was like growing up there?

Hi Flickering Myth, it is a pleasure to do this interview with you. Thank you for having me. I am from the bottom of the US map in Mobile, Alabama. It was a lot of fun growing up there. My life was basically backyard football and playing outside until it was pitch dark. It was a small town and manners were always taught to be important. To respect others, always offer to help, and to always be thankful. I just wish it was closer so that I could visit more often. I always say that I am from the other LA, Lower Alabama that is.

What and who inspired you to become an actor? When did you realize that Hollywood was the only place to be to pursue your career?

Honestly, I love Al Pacino. Seeing him in films always inspired me so I knew I had to be close to the action. There is just something cool about acting where you are able to become anything you want and that intrigues me. I mean in what other job could I be James Bond? It became a dream to be an actor and I thought, well if you are going to do it, go all in. So, with that being said, I felt like there was no other choice really than to go to Hollywood where they say dreams come true.

Your new movie is the boxing drama Glass Jaw, of which you are the lead actor. How did you prepare yourself as an actor?

Well for Glass Jaw, it was actually hard since I was also producing. My head was in so many places. I wish I could have just shown up on set and focused on my scenes. I was worried about running out of money (which we did a couple of times), last minute changes, complications, making sure everyone got along, and so much more. It was honestly mentally exhausting. I don’t think I slept at all hardly. I was the hub of information so literally a night before shooting, a location would cancel on us. That was a huge problem. Or I would be on set making calls to investors for money because without it, we would have to shut down and so on. The list goes on and the responsibility was heavy because if anything went wrong the fingers would point at me. The main lesson I learned is to not wear so many hats next time. I am thankful for the experience to know now if someone is trying to take advantage of me etc. but the next time I just want to show up as an actor and focus on my scenes as an actor rather than wondering if that permit cleared for tomorrow. I also prepared myself for the boxing by training at City of Angels Boxing in Downtown LA with the owner Alex Brenes. 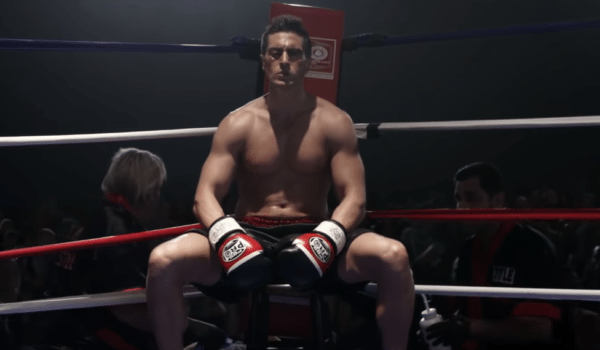 Some of the fight scenes are very high impact within the movie. Can you tell us about some of these moments on set, the choreography etc.?

Ummm let’s just say the impact was real. Where my face hits the mat. I was literally falling full force on my head over and over until we got the shot. Definitely probably lost a few brain cells doing that but hopefully the audience will enjoy the authenticity. I also got a bruise on my forehead when one of the stunt men misjudged his punch. It’s a boxing move so it was all expected really, and I am really proud of what we accomplished. We filmed all the boxing scenes in 3 days including the choreography. Usually big budget films are given a few months at least so to accomplish what we did in that short span of time. I just want to say how I am so incredibly proud of our team. They literally made magic!

Glass Jaw has a wonderful diverse cast. As the films lead producer, how did you go through the casting process?

Thank you for noticing. Well I wanted the film to be diverse so that it was relatable to everyone, but I really tried to stay out of the casting process. That’s a tough job and there are so many scenarios to look into. Our casting director Michael Testa and director Jeff Celentano made the creative casting choices. I did push for Boosie to have a role in the film because a song of his really stuck out to me where he mentions “I can act in Hollywood, but they don’t wanna give me no shot. My bad, my name’s Boosie.” Since he’s a rapper where he could be judged. In life I feel like a lot of people feel that way. Like that if only they are given a chance to prove themselves, they would. So, I heard that, and I knew right then that I am in Hollywood and I am making a film and I want to give Boosie a shot.

Do you have a particular genre of film you prefer? If so can you explain.

Yes, I love action suspense. Think Sicario, Split, and Game of Thrones. My problem is I have ADD. Things have to constantly be happening or I start to drift off. Also, I like my brain to be stimulated so it can’t just be mindless action. In my mind, I want to be solving what’s about to happen next or who did it. 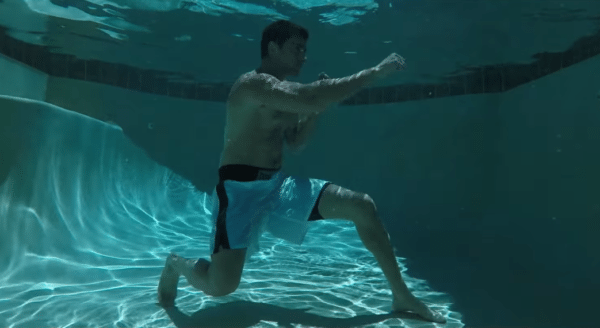 Yes, I go a lot actually. If I am in the business, it would be good to support it or otherwise it hurts the business, right? So, I try to lead by example and support filmmaking often by showing up and buying the tickets. Most recently I saw Sicario 2, The Meg, and Venom.

The same advice that I hope is learned in the message from Glass Jaw. To never give up and keep fighting the good fight and eventually you will win. Another quote I like is: “Winners Never Quit and Quitters Never Win.” If you keep showing up, eventually something has to give, right?

Thank you, Lee, for chatting with Flickering Myth. We are excited to see ‘Glass Jaw’ on October 26th, 2018, when it becomes available On-Demand.

My pleasure and hope you are having an AMAZING week!!! I look forward to you seeing Glass Jaw and thank you again for your support. All the best.