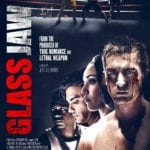 In an exclusive interview, Flickering Myth sat down with actor-producer Lee Kholafai to talk his role in Glass Jaw and his cross over into producing the boxing feature film. Can you tell us a bit about where you lived ahead of Los Angeles, and what it was like growing up there? Hi Flickering Myth, it […]

Liz Rodriguez chats with director Evan Cecil about his new film LASSO… Can you tell us about the movie LASSO? LASSO is the story of Simon (Andrew Jacobs) and Kit (Lindsey Morgan), two young leaders of an Active Senior adventure tour group that take a day trip out to a small-town Rodeo located deep in […]

In an exclusive interview, Flickering Myth sat down with actor/director Adi Spektor. With over 40 TV shows and films so far as an Actor, and two award-winning films as a Director. Adi Spektor chats about his latest role in the new Paramount Pictures film Transformers: The Last Knight. Congratulations on Transformers. Can you tell us […]

Executive producer, Tommy Vlahopoulos of Tommy V Films, along with executive producer Tom Sulkowski, have acquired the rights to the psychological thriller film Behind the Sightings, which is based on 112 hours of found footage of clown sightings, recorded in 2016. Directed by Tony Cadwell, the story follows Todd and Jessica Smith, two filmmakers from […]

Producer Warren Zide (Final Destination) has confirmed he will produce Shrader House, as a drama genre feature film with famed Columbia/Sony hip hop recording artist, writer-producer Gerald ‘BAM’ Whaley. The team, who are currently in pre-production, have attached Andre Royo from HBO’s The Wire to play the films role of Councilman Reginald Scott. Originally the […]