Hot Toys has unveiled its Movie Masterpiece Series 1/6th scale Luke Skywalker figure which is based the likeness of Mark Hamill’s Jedi Master during his showdown with Kylo Ren on Crait in Star Wars: The Last Jedi; take a look at the promotional images here… 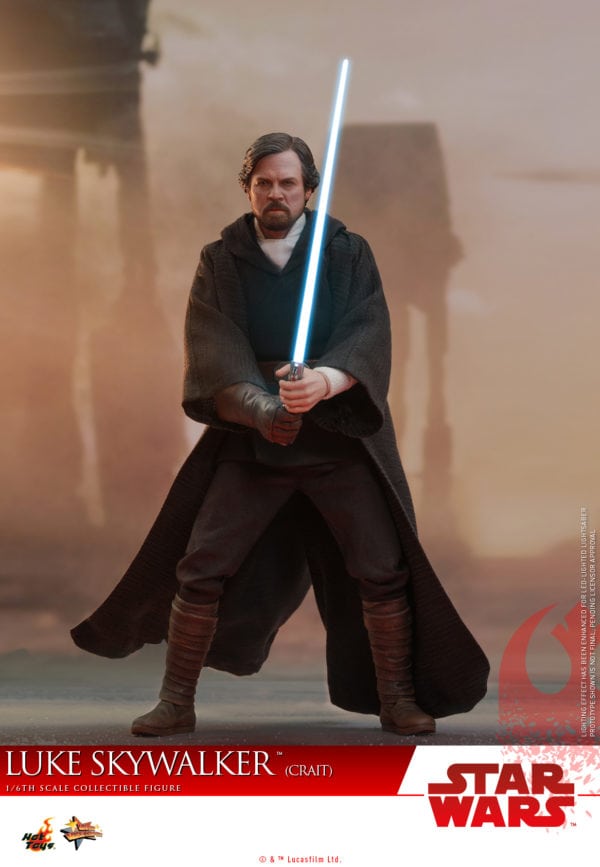 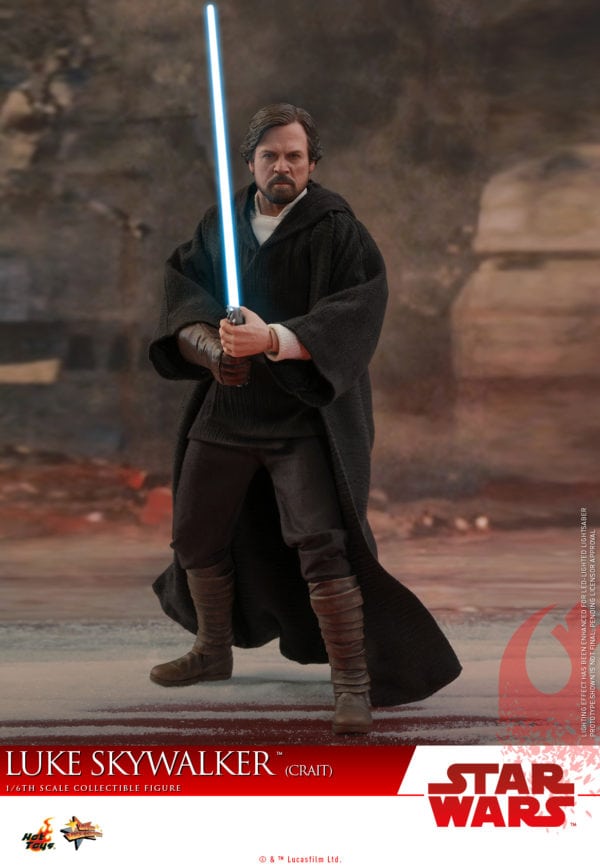 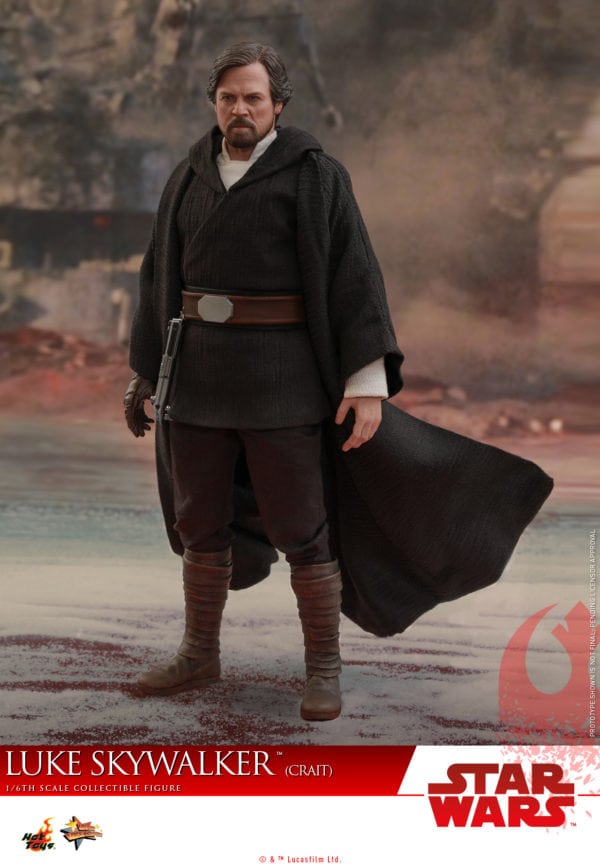 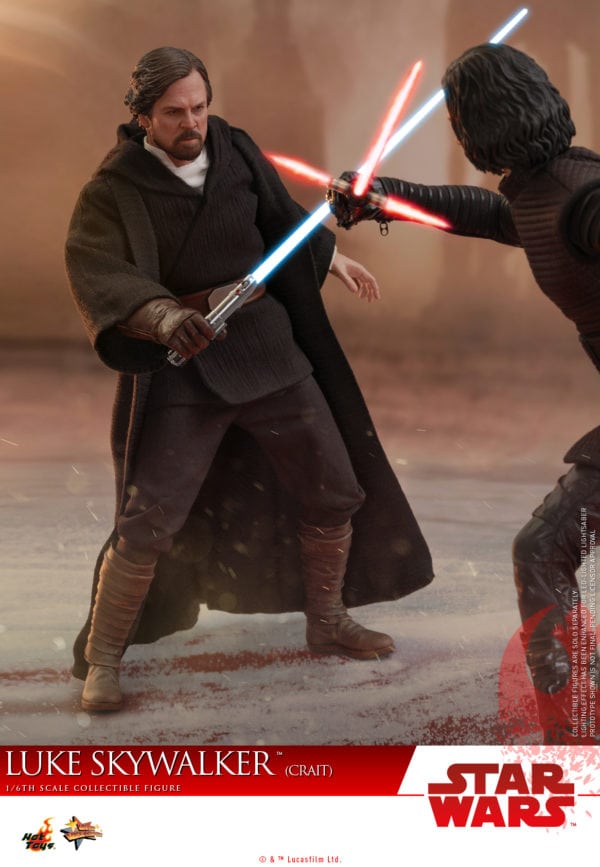 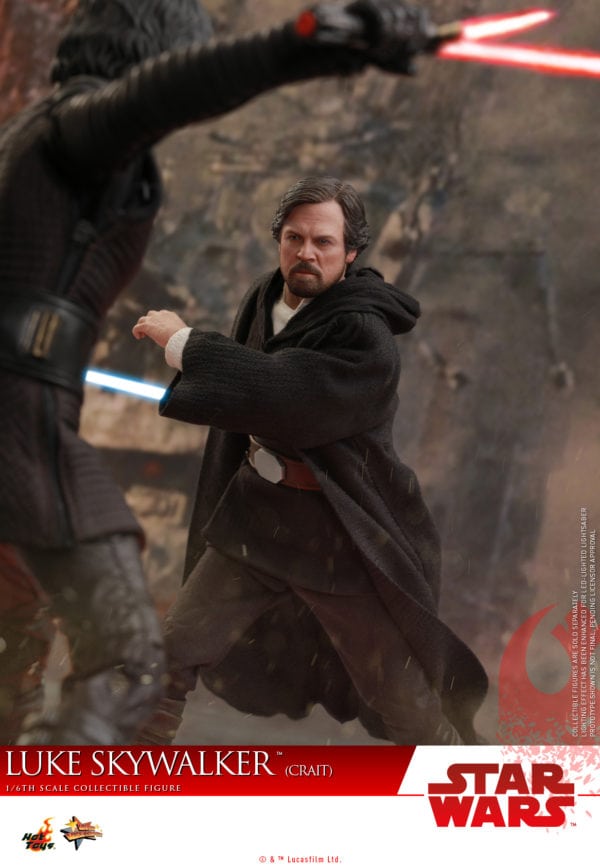 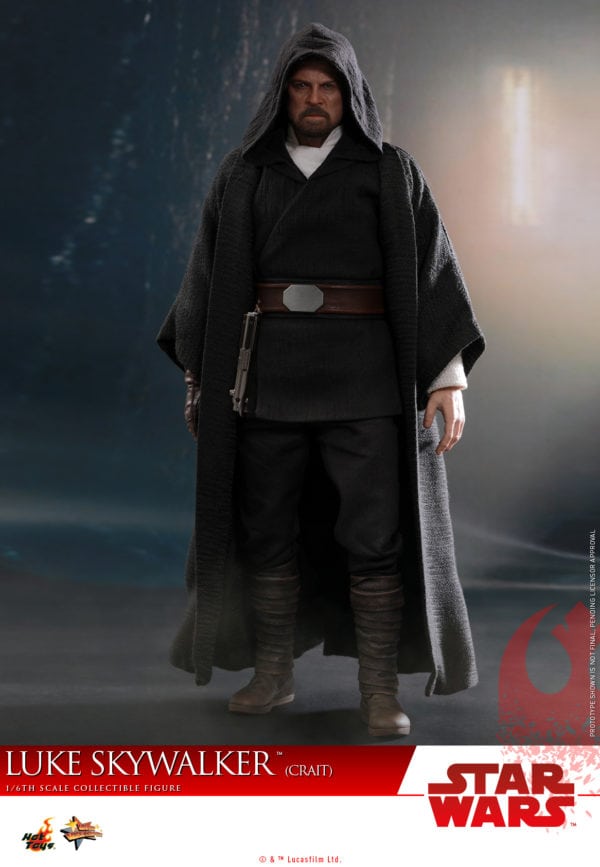 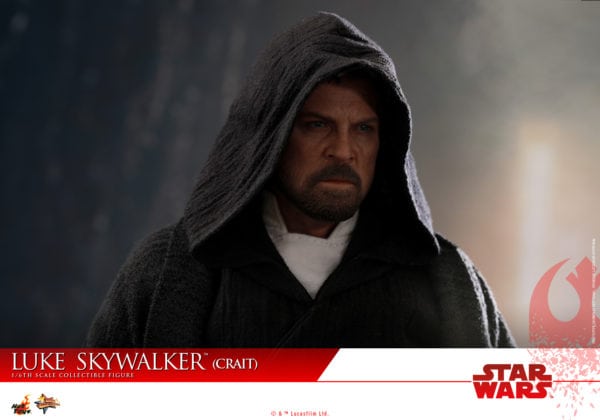 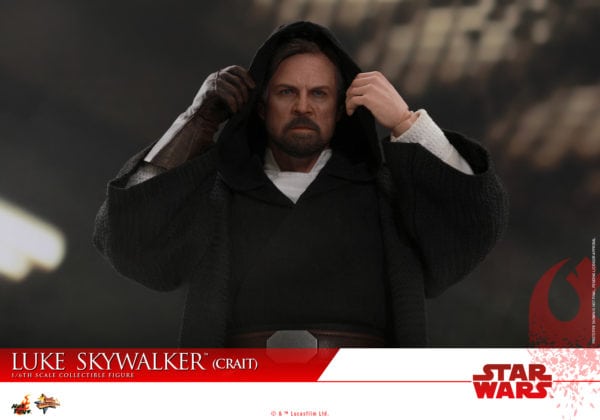 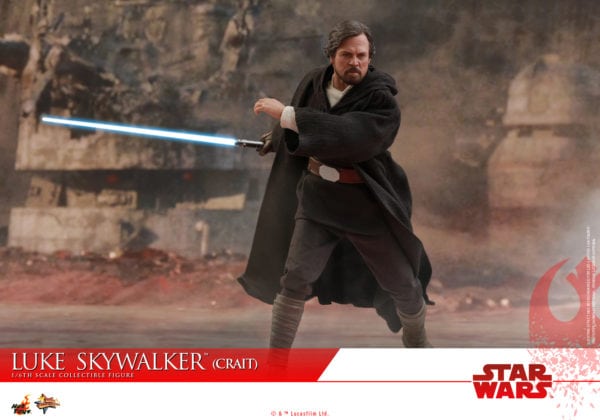 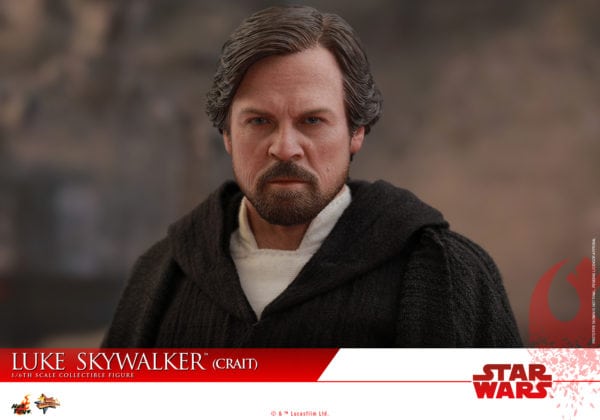 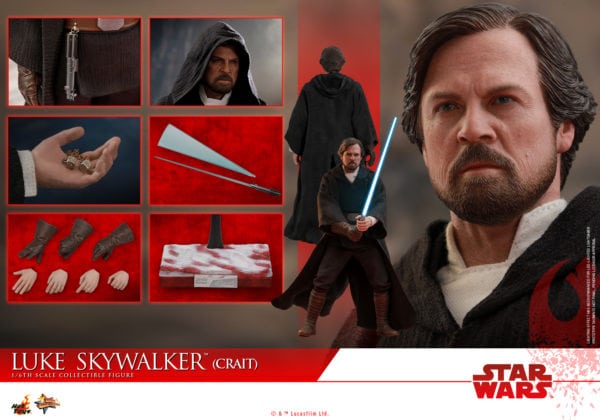 The highly-accurate collectible figure is expertly crafted based on Luke Skywalker’s appearance in Star Wars: The Last Jedi. Featuring a newly developed head sculpt with incredible likeness, greatly detailed robed costume, LED light-up lightsaber, an interchangeable lightsaber blade emulating the weapon in motion, a pair of dice, and a specially designed figure base inspired by the unique environment of Crait. This new Luke Skywalker collectible figure will be an extraordinary addition for any Star Wars fans! 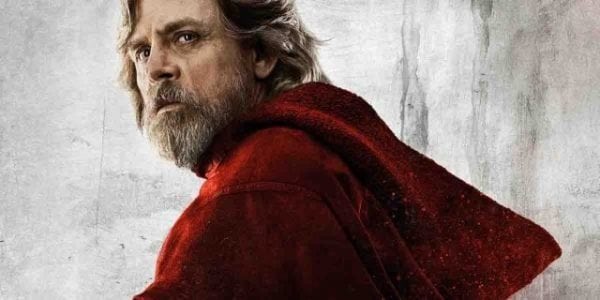 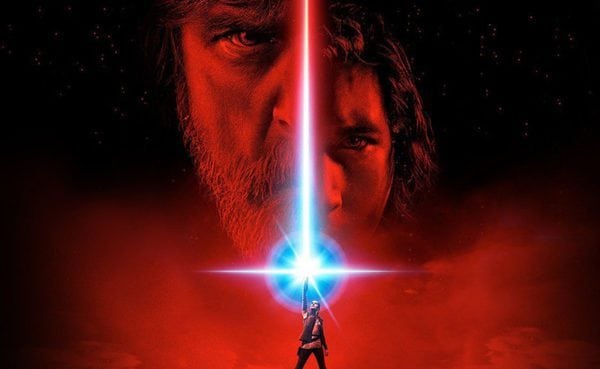