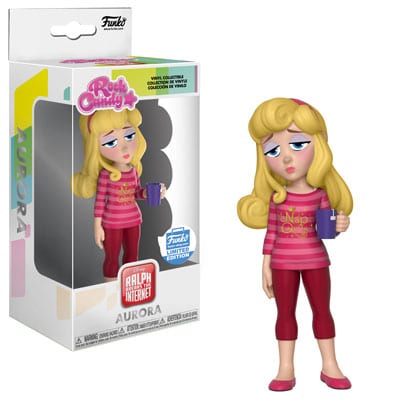 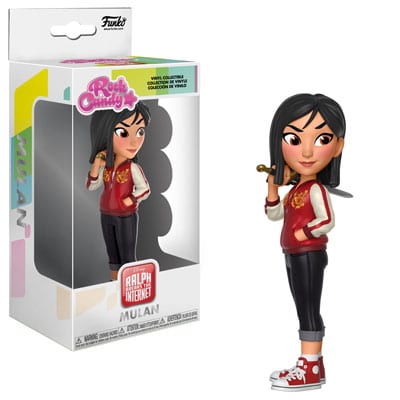 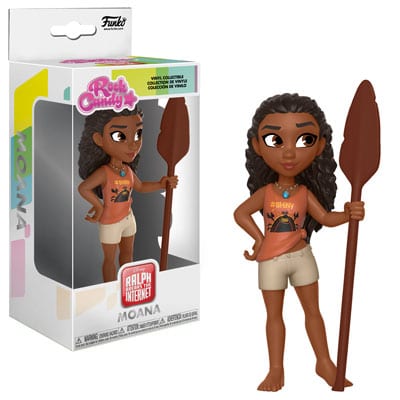 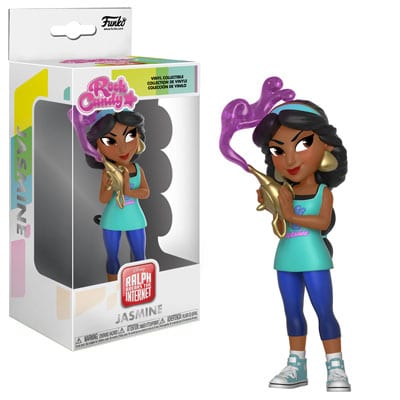 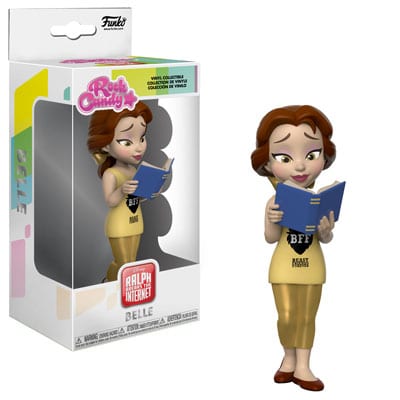 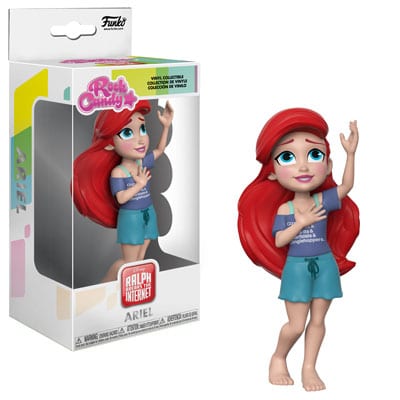 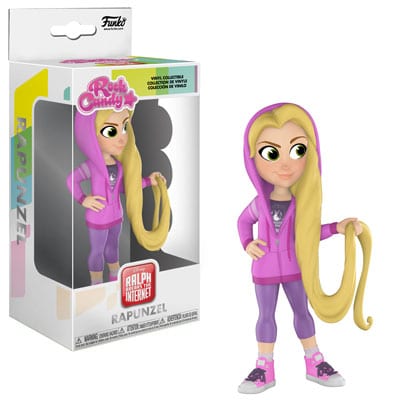 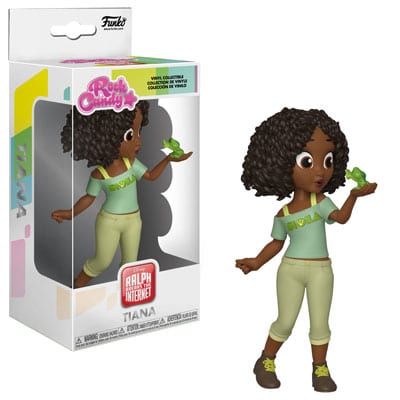 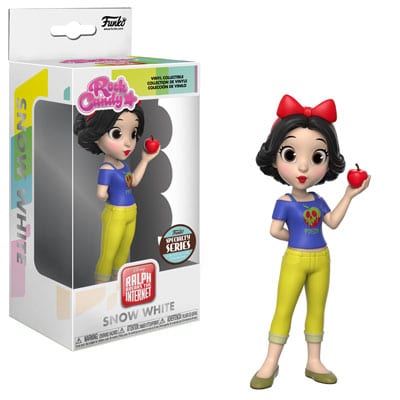 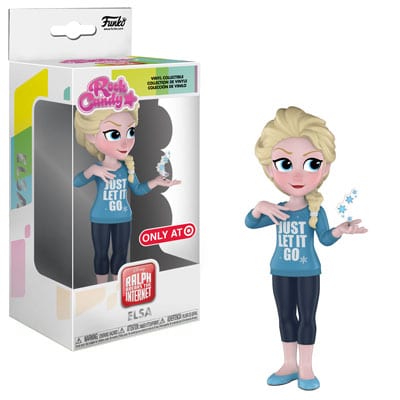 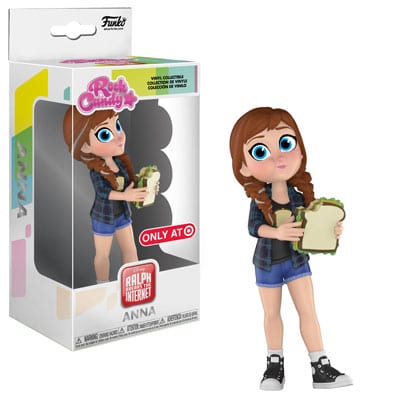 The Disney princesses are crashing Ralph and Vanellope’s adventures. Mulan looks casual but daring in her jeans and jacket with a sword draped casually over her shoulder.  Moana’s ready for an adventure in shorts and a shirt. Jasmine’s got a magic lamp and she isn’t afraid to use it. Belle’s got her face in a book, as per usual. Ariel sings  to her heart’s content. And Rapunzel can’t contain her long hair beneath a hoodie despite her best efforts. Tiana’s taking a break from running Tiana’s Palace for an adventure with Prince Naveen. Rock Candy Snow White has an apple in hand and is a Specialty Series exclusive. Elsa’s holding some snowflakes and looking determined in a Just Let It Go sweater as a Target exclusive. Anna’s got her hands on a sandwich and looks pleased with herself, sharing Target exclusive status with her big sister. Aurora’s looking sleepy with a Nap Queen shirt and a cup of tea as a Funko Shop Limited Edition exclusive. 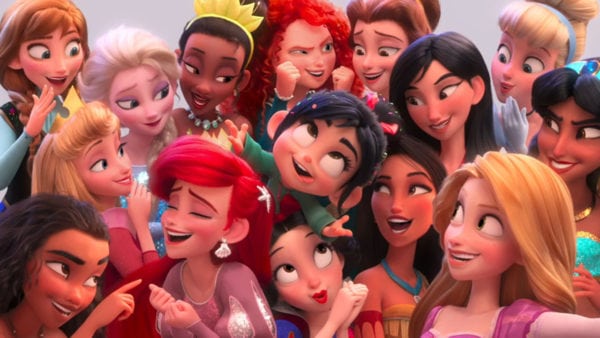