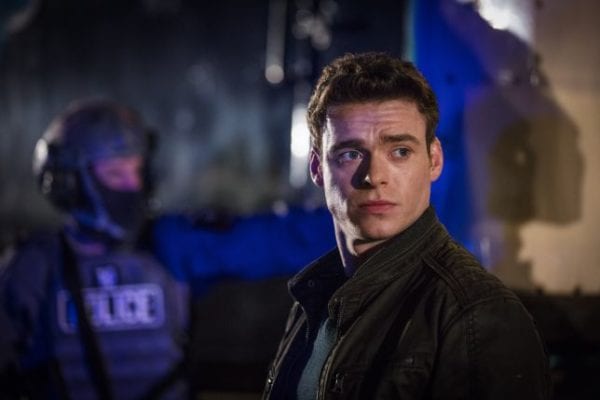 Although we’ve still got Daniel Craig’s final stint in Bond 25 to look forward to, the rumour mill has already churned out a host of candidates to succeed him as Ian Fleming’s 007 when he retires his license to kill, and now The Sun has thrown another name into the hat.

According to the tabloid’s report, Bond producer Barbara Broccoli has Game of Thrones and Bodyguard star Richard Madden at the top of her shortlist, and is apparently preparing to make him an offer to take over as the super spy.

Madden is the latest in a long list of rumoured candidates for the next Bond, joining the likes of Idris Elba, Tom Hardy, Aidan Turner, Tom Hiddleston and basically any and every other British actor who’s been enjoying a stint of popularity at the time of press.

In fact, just this past August, the UK press were claiming that Broccoli still had her eye on Idris Elba and that he was the front runner, so we’d definitely advise taking all of these rumours with a healthy pinch of salt.

Before we get to the next 007, there’s the small matter of Bond 25, which – after Danny Boyle’s departure – now has Cary Fukunaga (True Detective) attached to direct for release on February 14th 2020.