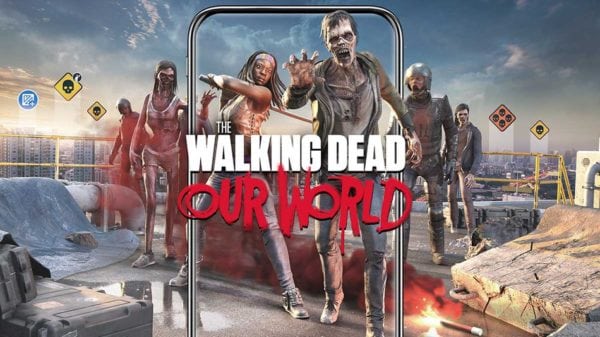 Season 9 of The Walking Dead starts this Sunday and following this and every episode, The Walking Dead: Our World will feature new and exclusive missions themed on these episodes.  These new missions will include single encounter missions and larger group encounters known as Infestations that will see players completing a series of 3 to 5 missions.  Completing these missions will reward players with TV show characters.

“We are very excited to bring the show and the mobile game together with the exclusive missions in The Walking Dead: Our World. For the duration of the season, fans can tune in to watch the show, and play all new Season 9-themed missions every week. We will let players experience the apocalypse first-hand in their everyday life and familiar surroundings and play to get their favorite show characters on their side,” said Saara Bergström, CMO, Next Games.

“The AMC Games team can’t wait for fans to see what lies in store for their favorite characters when Season 9 of The Walking Dead debuts this Sunday. We’ve worked with Next Games to weave upcoming events from the show into the design of the game, giving our fans a unique new platform to interact with the ‘The Walking Dead’ universe,” said Clayton Neuman, VP of Games for AMC. “We will continue to innovate and add new content to expand The Walking Dead: Our World, and the upcoming Season 9 missions are a great next step.”

With state of the art augmented reality, The Walking Dead: Our World will have players fighting hordes of walkers in the comfort of their own home.