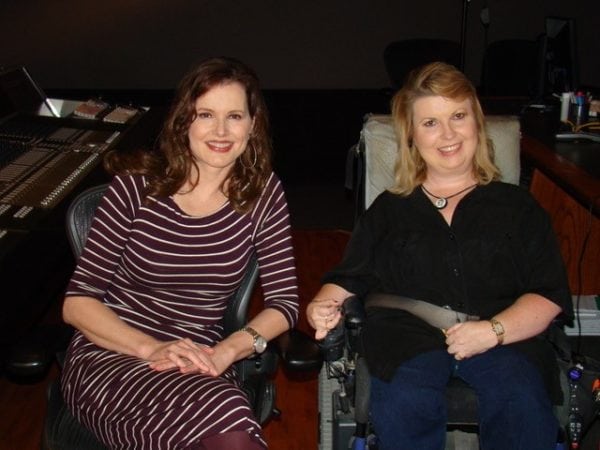 Having earned rave reviews on the festival circuit back in 2012, director Jenni Gold’s documentary CinemAbility: The Art of Inclusion has now received a North American release on VOD courtesy of Leomark Studios.

Check out an exclusive clip here featuring Geena Davis, along with the trailer below…

From Director Jenni Gold, the 1st wheelchair using female in the Director’s Guild, and released to coincide with October’s National Disability Employment Awareness Month, CinemAbility reveals a compelling and often amusing look at the history of disability portrayals in entertainment.

From the early days of silent films to present-day Hollywood blockbusters, this historic film takes a detailed look at the evolution of “disability” in entertainment over the last 120 years by going behind the scenes to interview celebrities, filmmakers, and studio executives.

With heart and humor, CinemAbility: The Art of Inclusion utilizes clips from Hollywood’s most beloved motion pictures and television programs to shine a light on how the media impacts society and the  monumental effect  these  portrayals  have  on  inclusion.

CinemAbility: The Art of Inclusion is available now on VOD.