The Western is one of those genres that doesn’t really get the love and attention it used to. While it is arguably one of the genres that helped make cinema the cultural juggernaut that it has been for over 100 years, much of the affection for the genre these days (outside of HBO’s sci-fi hit Westworld that is) seems largely relegated almost exclusively to everyone’s dads. 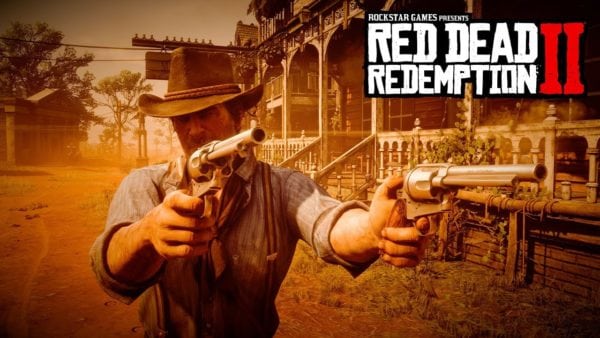 And if you watch enough of the ones that my dad sticks on every Sunday afternoon, many of them follow the same formula of “outlaws and heroes” stories that always climax in a punch-up at a saloon, a duel at noon and regularly feature John Wayne strutting his stuff. It’s all a bit tiresome and one might see why the genre has fallen out of fashion.

However, there are some westerns that are actually pretty good films. Some of them are even be considered to be some of the greatest films ever made. And some of them also feature John Wayne strutting his stuff.

So, with the Rockstar’s video game western Red Dead Redemption 2 still fresh on everyone’s minds as we await the online component, I’ve decided to spotlight four great films to check out while you enjoy playing the adventures of Morgan, Marston and the rest of the Van Der Linde Gang.

So, saddle up partners easiest joke I could’ve made) and join me as I reveal 4 Great Westerns To Check Out (While You Wait for Red Dead Online). 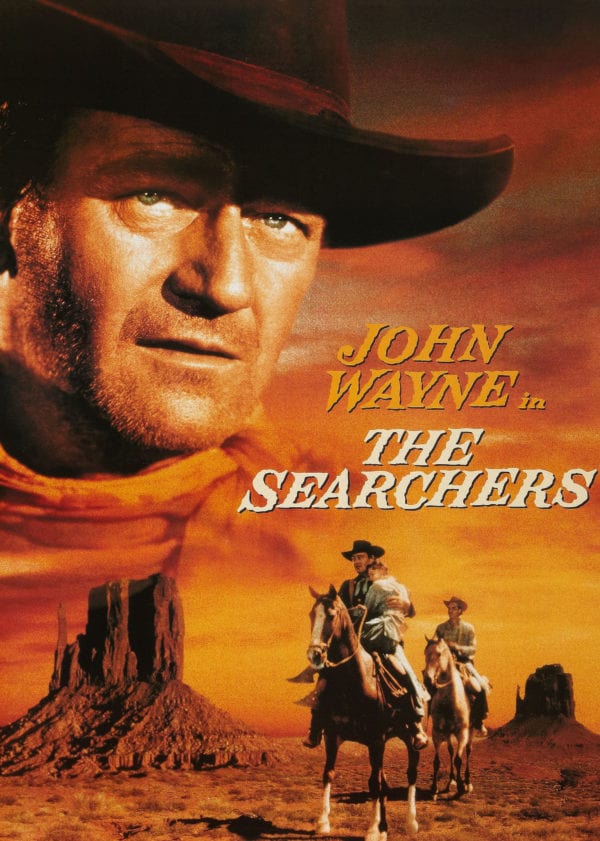 If you’re going to talk about the Old West on film, the best place to start is in the company of a pair who I’ll call “The Two Johns”. One was the cinematic titan that was John Wayne, a man somehow managed to rise above his typecasting as a cowboy and turn himself into a true legend of the silver screen. The other was that of his regular collaborator behind the camera, the master that was John Ford, a man who could turn his camera to any subject and deliver something epic and thought-provoking.

Over the course of nearly 40 years, these two men would collaborate on various films in various genres, but it was the many westerns that they made together that are most fondly remembered today. So, for our first entry, we’re taking a look at the film is often considered among the best of their long collaboration and among the best of either men’s long careers. That film is The Searchers.

Cavalryman Ethan Edwards returns from the civil war to his brother’s ranch and reconnects with the family he has not seen in years. After the ranch is attacked, his family killed and his niece kidnapped by Comanche, Edwards and his adoptive nephew Martin embarks on a five-year-long odyssey to find the missing girl and bring her home.

Ethan Edwards, while possessing some of his classic characteristics (the voice and that walk), was easily one of the most complex and darkest characters that John Wayne ever portrayed in his long career. A haunted and openly racist man whose hatred for the Comanche grows into such all-consuming obsession that at times his thirst to spill Comanche blood borders on the psychopathic.

Edwards hatred towards the Comanches eventually builds to such an extent that when finally reunited with his niece (who has since become the wife of a Comanche chief) he feels that the only suitable course of action is to kill her, stating that “living with a Comanche ain’t living”. However, despite the darkness of the character, Wayne still gives the character some honourable and heroic qualities, with the character managing to rediscover his humanity as he fulfils his original intention of bringing his niece home.

It’s a stellar performance that demonstrates that, when working with the right people, Wayne was capable of giving much more layered performances than people give him credit for. Edwards is not the usual gunslinging saint that Wayne normally played, instead he’s a merely a deeply flawed human being. 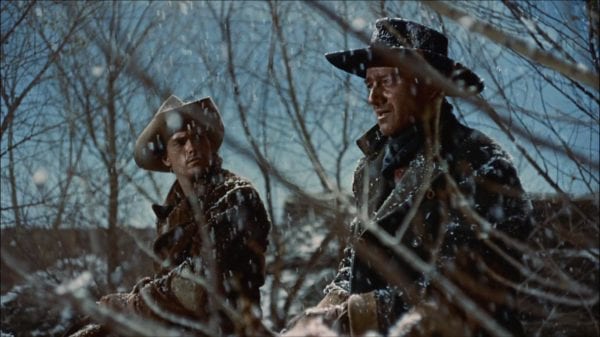 John Ford was a director who knew how to make his film look spectacular and with The Searchers he delivers in spades. Shooting in his favourite location of Monument Valley (almost as regular a star in his films as Wayne was) among various other locations (including Bronson Cave aka The Batcave) Ford brings the Old West to life with some truly beautiful wide shots that fill the screen with spectacular mountains and deserts.

While Ford loses a few points when it’s very obvious he’s filming on a soundstage mock-up, the film looks stunning regardless, especially on Blu Ray, with every tiny little touch of the film’s sets and spectacular natural sights brought to life in a whole new and eye-popping way.

The story while on the surface being a tale of revenge, also tells a much more complex tale that touches on these deeper themes. The themes of the violent relationship between Native Americans and the White settlers, the increasing westward expansion of America following the civil war and of the often brutal violence carried out to make that expansion possible.

That iconic and rather poignant final shot of Wayne walking into the sun as the door closes behind him can be (and has been) interpreted as a comment on how while the Cowboy made modern America through his often violent actions, ultimately he would be left behind by it because of those actions. Left to disappear into the mythology of the Old West.

The Searchers is a terrific film with John Wayne and John Ford at their best, offering us a complex meditation on the Old West while also giving us one of the most fascinating performances that Wayne ever delivered. This film is a classic in every sense of the word and is a great place to start if you’re looking to get into the Western genre.