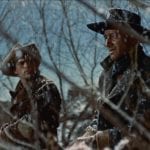 Graeme Robertson with four great westerns to check out while you wait for Red Dead Online… The Western is one of those genres that doesn’t really get the love and attention it used to. While it is arguably one of the genres that helped make cinema the cultural juggernaut that it has been for over […] 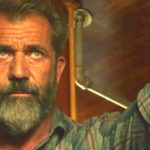 While some might say it still is, Mel Gibson has revealed during an interview with Deadline that he thought his recently-announced remake of Sam Peckinpah’s The Wild Bunch was ” bad idea at first”, before he found his own take on the classic 1969 western. “I thought it was a bad idea at first,” said Gibson, […] 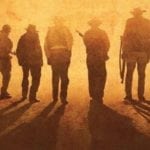 As reported by Deadline, Mel Gibson is set to direct a remake of The Wild Bunch for Warner Bros. Pictures. This new version of the 1969 Sam Peckinpah-directed Western will see Gibson also co-writing with Bryan Bagby, as well as executive producing. In the original version of The Wild Bunch, an aging group of outlaws are […]

Ben Robins with eight of the best movie shootouts ever… With Ben Wheatley’s Boston-set shootout comedy Free Fire finally hitting UK screens this week, it seems only appropriate to remind ourselves of all the best and bloodiest gunfights to date, which there’ve been many of. In fact, narrowing it down to just the eight listed […]

The Tracking Board is reporting that Warner Bros. is moving ahead with a contemporary remake of Sam Peckinpah’s classic 1969 western The Wild Bunch, which will be written and directed by Venezuelan filmmaker Jonathan Jakubowicz (Secuestro Express, Hands of Stone). Previous drafts have been penned by David Ayer (Suicide Squad) and Brian Helgeland (Legend). The […]