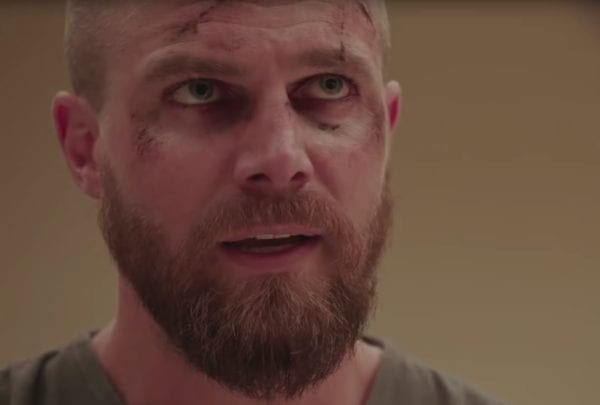 Is Level Two just another buzzword meaning “Next Level?” God I feel old.

– So back to the Future: or is it Earth 2? Not sure anymore but the plot thickens so they say. Roy and William venture back to Star City but it’s kinda in ruins. There’s a Smoak Technologies, apparently Felicity hit it big and it’s being defended by Dinah, who’s still badass and wearing a badass costume. Zoe is also there and she’s a badass Canary too. And Felicity’s dead? Plus a Rubix Cube. Can we just stay here?

– There was a nice little story about community mixed in here somewhere; Rene has strong ties to the Glades, and he’s teaching Zoe the same thing (kids do listen to their parents sometimes!). He trusts the Green Arrow, whoever he is and is frustrated by Dinah not being able to. ( I mean he saved his kid, so duh.) But, she’s frustrated that Rene seems not to have learned any lesson from what they just went through. Please! More storylines like this! Not lying and deceiving each other, just taking different stances. That’s why Diggle vs. Ollie worked. By the end, Dinah sees there may be a need for vigilantes, in some capacity when they got info from this Arrow on arsonists who have been torching pieces of the Glades and then a real estate douche has been buying the properties.

– “Yeah right” completely under her breath as Felicity tells security guards at City Hall she and Laurel used to be sorority sisters. 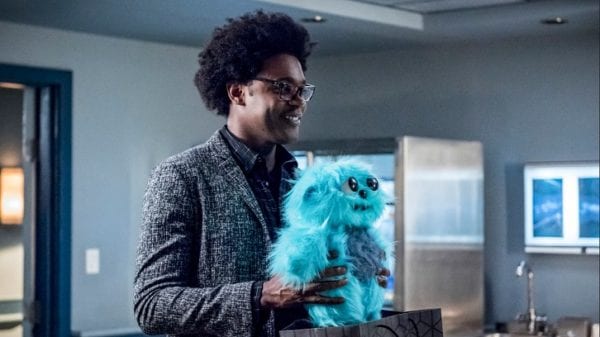 The Not So Good:

– Laurel is polarizing, no doubt. When she’s involved in things like this with Felicity, you see why. Both of their characters were acting out of turn here. Laurel giving Felicity moral lessons? Hold on, she knew her on Earth 2? Torturing “The Silencer”? Terrible name by the way. None of this was interesting.

– I tried to get into the Warden-Oliver stuff; it’s a nice reward for long time fans to see him admit (I think only for the 2nd time) what really happened on that lifeboat, but where was this going? Indoctrination of the prison? Now that he’s not Oliver Queen but a Prison #? Felt like a real side path to go down.

– I kinda thought that last fight scene was a big ole mess and def. missing some great Stephen Amell action. Although new Arrow climbing that water pipe was pretty nuts.

And the Downright Scummy:

Okay, theory time: is the future stuff, with the Glades, basically Arrowverse’s No Man’s Land? Because if so, I’m there. If not, cautiously optimistic.