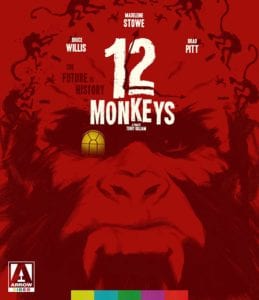 Deciding whether to pick up another copy of 12 Monkeys depends on whether you’re interested in the new restoration, which looks quite nice, and a couple new bonus features, one of which is a 1996 interview with director Terry Gilliam. The rest of the extras, including the very entertaining commentary track and the in-depth making-of piece, were ported over from previous releases. 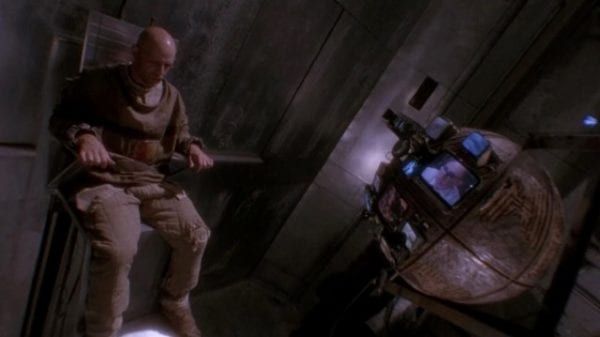 “Is he mad or are we?” director Terry Gilliam once asked of James Cole (Bruce Willis), the main character of his film 12 Monkeys. Like his classic movie Brazil, 12 Monkeys is the story of a man out of sync with his environment, although in this case, Cole has been sent back in time from the year 2035 to find a virus that killed nearly all of humanity in 1996, so scientists in his era can find a cure.

Unfortunately, Cole’s first trip back in time accidentally sends him to 1990, where his talk about the virus lands him in a mental hospital. While there, he meets Jeffrey Goines (Brad Pitt), a fellow patient who may have a connection to an enigmatic group called the Army of the Twelve Monkeys, who supposedly unleashed the virus in 1996.

After returning the 2035, Cole is given another shot at his mission (he has a compelling reason to go, since he’s a convict who wants some freedom). This time, he ends up in World War I before bouncing into 1996, where he again meets Dr. Kathryn Railly (Madeleine Stowe), who had him committed to the institution in 1990. Desperate to complete his mission, Cole kidnaps Railly and forces her to help him find Goines, who he believes is the key to finding the virus. 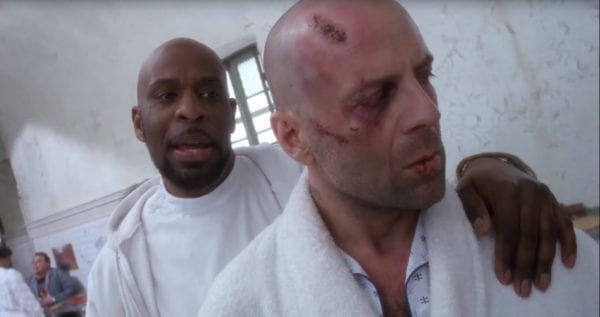 12 Monkeys easily ranks with Brazil and Time Bandits among my favorite Gilliam movies. (Even though he directed Monty Python and the Holy Grail, I put that one more in the Python pantheon.) Willis and Pitt both show they can go against expectations and turn in solid performances – Pitt even earned an Oscar nod for his role as the manic, fast-talking Goines.

The film also displays Gilliam’s trademark view of the future, where technology is a mish-mash of old hardware and the people who do the heavy lifting look like they just stepped out of Heavy Metal magazine. Many film watchers tend to either love or hate Gilliam’s style, and you can count me in the former category.

This new Blu-ray edition from Arrow Video sports a new restoration from a 4K scan of the original negative, with Gilliam’s stamp of approval bestowed on it. The bonus features are a mix of content ported over from the 2009 Blu-ray issued by Universal (which was in turn brought over from an earlier DVD release) and a couple new things. First, let’s look at the stuff that was in the previous editions: 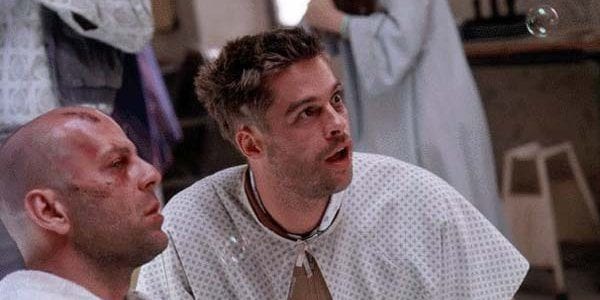 And then there are two new pieces: