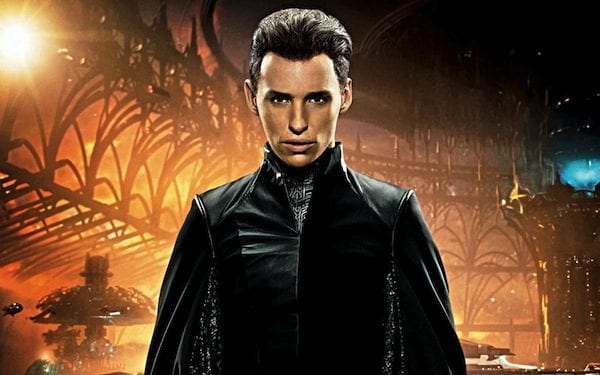 In the same year that Eddie Redmayne received the Academy Award for his turn as Stephen Hawking in The Theory of Everything, the British actor was also stinking up the screen as the villain Balem Abrasax in the Wachowskis’ box office turkey Jupiter Ascending.

Now, during an interview with GQ (via AV Club) to promote his new film Fantastic Beasts: The Crimes of Grindelwald, he’s acknowledged his Jupiter Ascending role was worthy of its Razzie Award-winning “success”, as well as offering up an explanation for his whispery performance:

“I won a prize for it for the worst performance of the year. So, yeah, it was a pretty bad performance by all accounts,” said Redmayne. “In Jupiter Ascending, my character had had his larynx ripped out by this wolf man, and so I made the slightly bold choice, which I thought was right, of talking like this for the whole film. Which I felt sort of suited the costumes and the extremity of the world, but in retrospect, it may have been too much.”

Fortunately for Redmayne, his role went largely unnoticed by audiences, with Jupiter Ascending grossing just $184 million around the world. Unfortunately though, we also live in a time where there’s YouTube…

Jupiter Jones (Mila Kunis) was born under a night sky, with signs predicting that she was destined for great things. Now grown, Jupiter dreams of the stars but wakes up to the cold reality of a job cleaning toilets and an endless run of bad breaks. Only when Caine (Channing Tatum), a genetically engineered ex-military hunter, arrives on Earth to track her down does Jupiter begin to glimpse the fate that has been waiting for her all along – her genetic signature marks her as next in line for an extraordinary inheritance that could alter the balance of the cosmos. 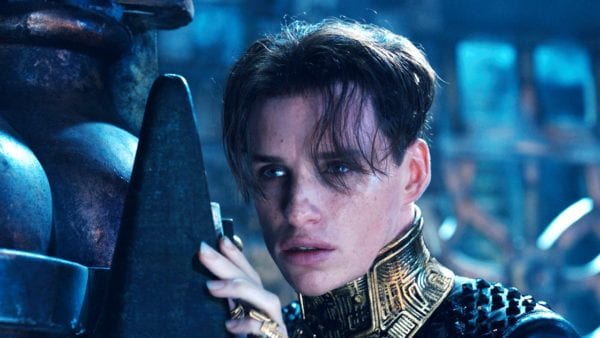