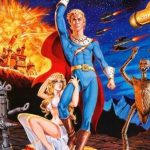 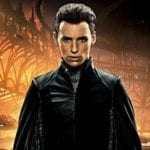 In the same year that Eddie Redmayne received the Academy Award for his turn as Stephen Hawking in The Theory of Everything, the British actor was also stinking up the screen as the villain Balem Abrasax in the Wachowskis’ box office turkey Jupiter Ascending. Now, during an interview with GQ (via AV Club) to promote his […] 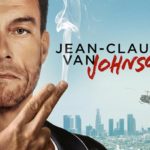 Tom Jolliffe takes a look at when good concepts are badly executed… Occasionally you’ll see a film or a TV show and you wonder why they bothered at all. Everything goes wrong. Sometimes it starts from the very concept. In the case of remakes for example, you know right off the bat that some films […]

Following the Golden Globes and ahead of the Oscar nominations, the annual Razzies have released their nominations this year for the ‘worst of the worst’ of cinema. This year, unsurprisingly, Fantastic Four, Pixels, Jupiter Ascending and Fifty Shades of Grey lead the charge with several nominations each in several categories. Other heavily-nominated films include Mortdecai, Paul […]

Luke Owen looks at a few box office flops… It has been a very successful year at the box office for most of the major studios (Disney and Universal have done particularly well), but that doesn’t mean we’ve had a few duds along the way. Not just from a critical standpoint, but also from a […]

Matthew Lee takes a look back at the summer blockbusters of 2015… Last year, Forbes reported that last summer’s box office was down by a whopping $1.223 billion. Hollywood executives were undoubtedly shitting themselves. This was significantly more problematic considering last year’s summer held a number great critical surprises; Guardians of the Galaxy was a […]

Senior Staff Writer Scott Davis returns after a tiring weekend of Comic-Con fun with his weekly look at the releases in the world of Blu-ray. This week in the US are Will Smith and Margot Robbie starrer Focus, sci-fi actioner Jupiter Ascending, Kristen Stewart’s superb Camp X-Ray and the return of SpongeBob Squarepants in Sponge […]

Warner Bros Pictures have announced the full specificantions and details for the Blu-ray and DVD release of The Wachowskis’ sci-fi adventure Jupiter Ascending, which will be getting 3D Blu-ray Combo Pack (3D and 2D Blu-ray/DVD/Digital HD), Blu-ray Combo Pack (Blu-ray/DVD/Digital HD), and DVD releases this May. SEE ALSO: Pre-order Jupiter Ascending via Amazon US and […]

UK box office top ten and analysis for the weekend of Friday 20th to Sunday 22nd February 2015… In just two weekends, Universal’s adaptation of the E.L. James bestseller Fifty Shades of Grey has become the highest-grossing 18 certificate film ever here in the UK, with a second weekend haul of £4,597,092 pushing its total […]

UK box office top ten and analysis for the weekend of Friday 13th February to Sunday 15th February 2015… Well, given its colossal worldwide opening, this won’t come as a surprise at all, but Fifty Shades of Grey has shattered records here in the UK with its debut weekend of £13,550,290 giving it the biggest […]