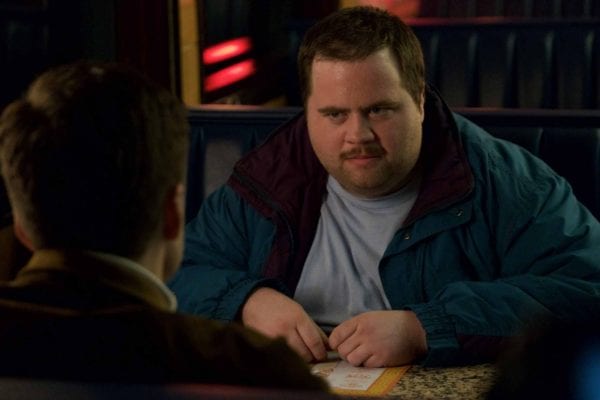 In BlacKkKlansman, Paul Walter Hauser gives a memorable performance as dim-witted white supremacist Ivanhoe, but according to a recent interview with Flickering Myth, he initially auditioned for a different role.

When asked about the signature laugh that Hauser decided to give his character in the film, Hauser launched into an explanation about how he not only developed his character’s quirks and idiosyncrasies roughly about an hour before shooting, but he also initially didn’t even go out for the part of Ivanhoe. “100% honesty, here we go,” he began. “I auditioned for the role that Jasper Pääkkönen got. The role of Felix [Kendrickson]. I was auditioning for that, but Jasper was cast in it and Spike said, ‘I still want Paul in the movie, I’ll make him the sidekick.’” 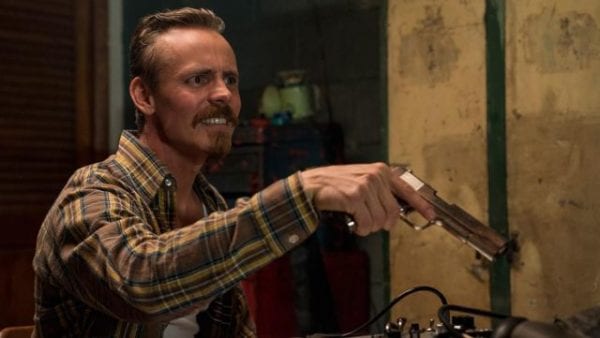 Attempting to live up to Lee’s faith in him, Hauser came to the realization that he was going about his character all wrong. He continued, “So I inherited the role of sidekick and on day one of filming for me, I realized that all of my choices I had made in the audition were in sync with the character Felix, not the sidekick character. With one hour to go, before filming, I just stood in front of a mirror for an hour and tried out laughs, I tried out posture, I made faces, and what I settled on was that husky dumb laugh, with the underbite full of chewing tobacco with the head swivel and the eye squint and the hunched over look. That was all done, in about an hour before I stepped onto set. That way, I was figuring I’m gonna swing for the fences and if this sucks Spike will be a director and hopefully shape it and tell me, and if it’s good, then maybe it’s really good. So I just kind of swung for the fences on that, and what you see is a collection of my own warped mind, trying to get into the head of Ivanhoe.”

In the end, it all worked out, as Pääkkönen and Hauser both were perfect fits for their respective characters, Pääkkönen’s Felix being a tenacious and aggressive KKK member, and Hauser being defined by his stupidity and his tendency to follow rather than lead.

SEE ALSO: Paul Walter Hauser on campaigning to play the Penguin for DC, thinks he can do what “Heath Ledger did with the Joker”

Universal Home Entertainment has released BlacKkKlansman on home video today, November 6th, so those looking to view it for the first time or watch it again can do so on 4K, Blu-ray, DVD and digital/rental services.

From visionary director Spike Lee comes the provocative story based on Ron Stallworth’s real life as Colorado Springs’s first African-American police officer who went undercover to infiltrate the Ku Klux Klan. Unbelievably, Detective Stallworth (John David Washington) and his partner Flip Zimmerman (Adam Driver) penetrate the KKK at its highest levels to thwart its attempt to take over the city. Produced by the team behind the Academy-Award winning Get Out, Spike Lee uses his trademark take-no-prisoner style and humor to tell this story often missing from the history books.

Also, check out this exclusive clip from the special features for BlacKkKlansman, where the cast reveals their favorite scary movies (and talk about the scary social and political relevance of BlacKkKlansman today)…