The Leprechaun franchise pulls a Halloween this year as it revisits to its original continuity for a brand new instalment, Leprechaun Returns, and Lionsgate has announced that the film is set to hit Digital and On Demand on December 11th 2018; check out a teaser poster here… 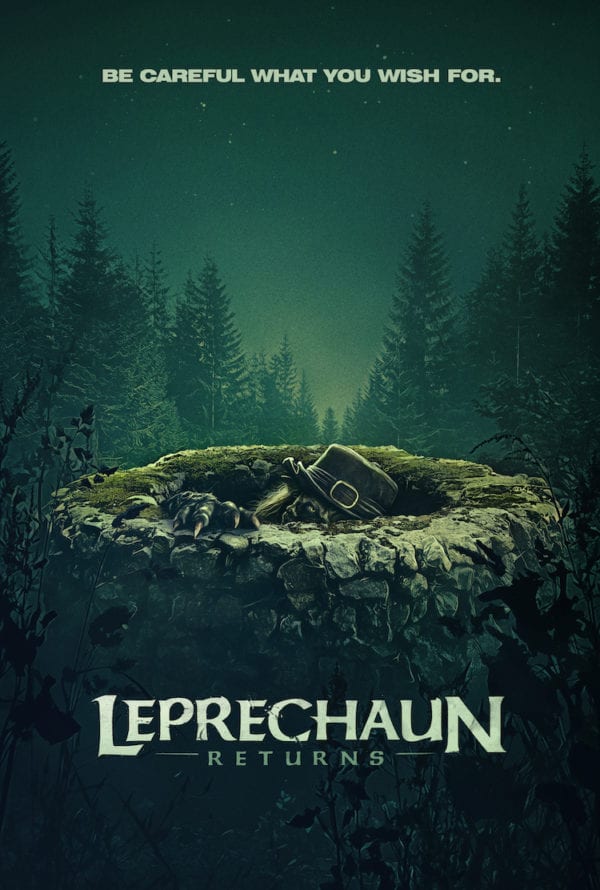 The deadly, wisecracking Leprechaun is back in all his gory glory. When the sorority sisters of the Alpha Upsilon house decide to go green and use an old well as their water source, they unwittingly awaken a pint-sized, green-clad monster. The Leprechaun wants a pot of gold buried near the sorority house, but first he must recover his powers with a killing spree—and only the girls of AU can stop him.

Leprechaun Returns stars Linden Porco (Cult of Chucky) as The Leprechaun alongside Taylor Spreitler (Amityville: The Awakening) and Mark Holton (Leprechaun), who returns to the series for the first time since the original 1993 film.