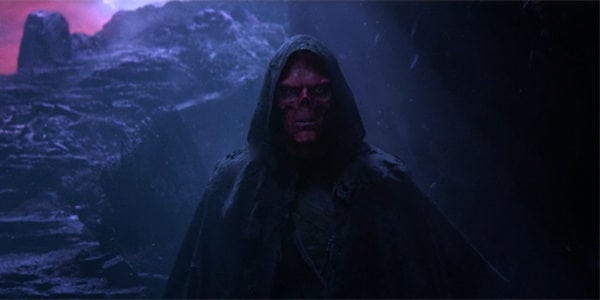 One of the big surprises in Avengers: Infinity War was the return of the Red Skull, with the Captain America villain popping up as the Stonekeeper, guardian of the Soul Stone on the planet Vormir.

Infinity War’s Red Skull was portrayed by The Walking Dead star Ross Marquand, who replaced Captain America: The First Avenger’s Hugo Weaving in the role, and during an appearance on Talking Dead last night the actor was asked whether we’d be seeing more of the villain in next year’s Avengers 4.

Marquand’s comments echo those of Sebastian Stan, who recently claimed he is unsure whether The Winter Soldier will appear in Avengers 4, so perhaps this is just the standard response we’re going to get from the cast in the build up to the film’s release.

That being said, it’s been heavily rumoured that Avengers 4 will see Earth’s Mightiest Heroes travelling through time to collect the Infinity Stones before Thanos, so if that is the case, then surely they’re going to have to come into contact with the Stonekeeper – and make a sacrifice to the Soul Stone.