Having topped $800 million at the box office this past weekend, Sony Pictures has now announced the home entertainment release of the Tom Hardy-headlined Spider-Man spinoff movie Venom which is available on digital on December 11th and arrives on 4K Ultra HD, Blu-ray and DVD on December 18th; check out the cover artwork, trailer and bonus material details here… 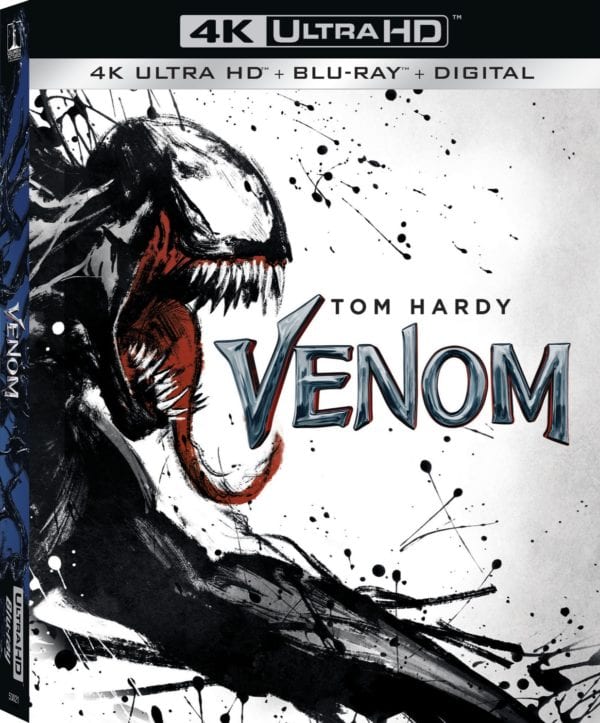 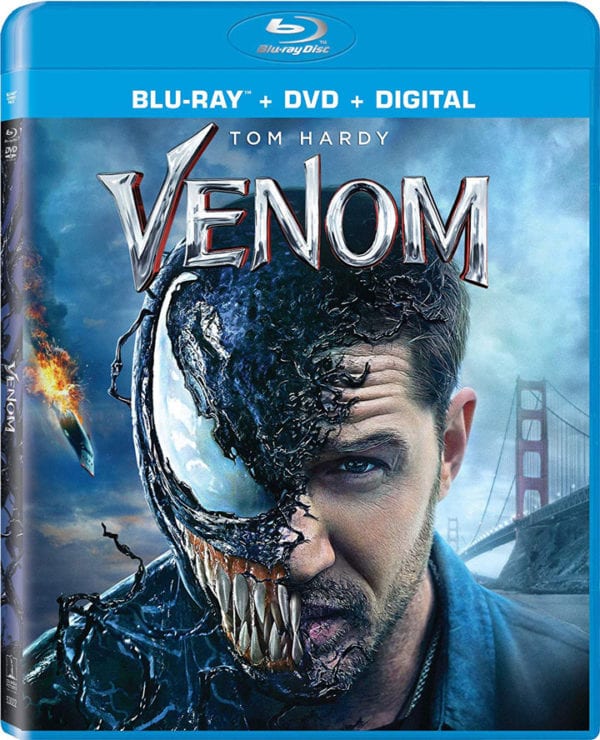 Venom Mode: When selecting this mode the film will engage informative pop-ups throughout the film to provide insight on the movie’s relationship to the comics, and to reveal hidden references that even a seasoned Venom-fan may have missed!
Deleted & Extended Scenes: These deleted and extended scenes will give fans even more of the Venom action they loved in theaters!
Ride to Hospital – Eddie and Venom take a ride to the hospital.
Car Alarm – Let’s just say that Venom is not fond of car alarms.
San Quentin – Extended post-credits scene at San Quentin.
From Symbiote to Screen: A mini documentary about the history of Venom in comics and his journey to the big screen. Interviews with Avi Arad, Matt Tolmach, Ruben Fleischer, Oliver Scholl, and Director and Comic Fanboy Kevin Smith.
The Lethal Protector in Action: Go behind the scenes with the production crew and learn the secrets behind the awesome Motorcycle stunts, wire stunts, and drones.
Venom Vision: A look at how Ruben Fleischer came to the project, gathered his team, and made Venom a reality. Utilizes interviews from cast, crew, and producers as well as Fleischer himself.
Designing Venom: Designing and creating Venom meant a huge challenge for VFX artists; follow the amazing journey.
Symbiote Secrets: Blink and you may have missed it! Enjoy the hidden references throughout the film.
8 Select Scenes Pre-Vis sequences: See the progression of the visual effects, storyboards and fight chorography compared to the finished film.
“Venom” by Eminem – Music Video
“Sunflower” by Post Malone, Swae Lee (From Spider-Man: Into the Spider-Verse)
Spider-Man: Into the Spider-Verse Sneak Peek: Meanwhile in another universe… 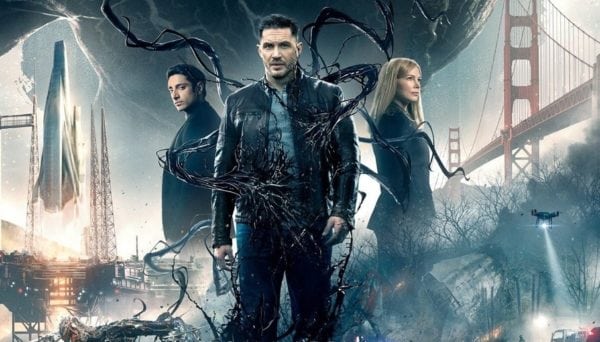