Cameron Frew on the top 10 fictional US presidents…

Adam McKay’s take on the cataclysmic career of former Vice President to George Dubya Bush, Dick Cheney, in Vice, arrives in U.S. theaters today. The Presidency is a reoccurring casting across film; sometimes they’re biopic or factual works, which often give way to some fabulous performances (Daniel Day Lewis as Abraham Lincoln and Frank Langella as Richard Nixon, for example). However, often the most captivating are those whose realms are purely in the world of fiction, whether it be grounded or fantastical, raw or hilarious. To celebrate what’s touted to be a depressing, albeit terrific trip to the theatre, we’ve collated the very best the fictional White Houses across the world of cinema have offered. 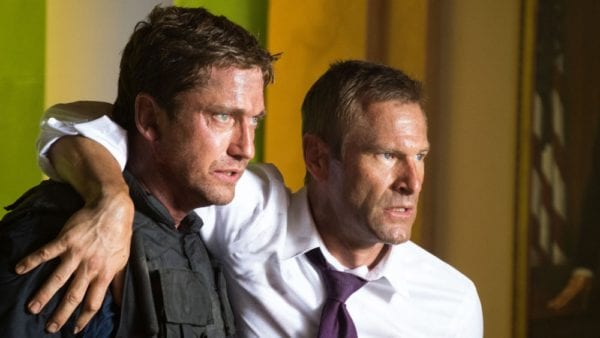 Say what you like about the Fallen franchise. While the second admittedly pales far in comparison to the rollicking surprises and bloody action of the first set-piece bonanza (anchored by a top-tier transatlantic Gerard Butler), the series is an ode to a post-Die Hard world. No matter the odds, no matter the location, use one burly guy as your hammer, you’ll almost certainly nail it. Of course, we’re more interested in Aaron Eckhart here as President Asher, a POTUS plagued by cold memories, but utterly devoted to his duties as the leader of the western world. Bringing an ounce of his Harvey Dent charm from the Dark Knight, he’s a stranded man we can easily route for. 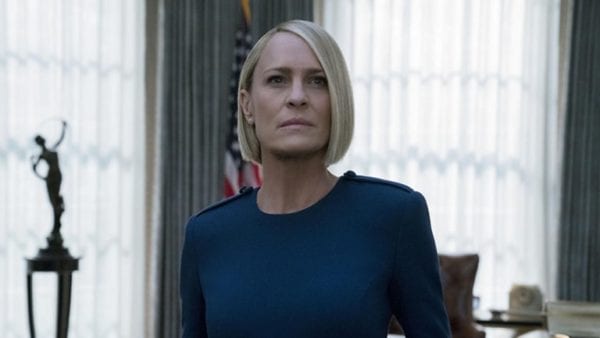 Ah, House of Cards. The once great titan of Netflix and tv-sphere of political satires. Alas, like all rulers, its time came to an end. Only it was not so graceful on this occasion, with its former lead, a certain Kevin Spacey, shafted from the show following unpleasant allegations. What’s really a shame though is that Robin Wright’s utterly marvellous succession has went under the radar. She was always a commanding character, but in the sixth season all of her diabolical traits and Machiavellian tactics were fleshed out through a performance that deserved much more commendation than it received. 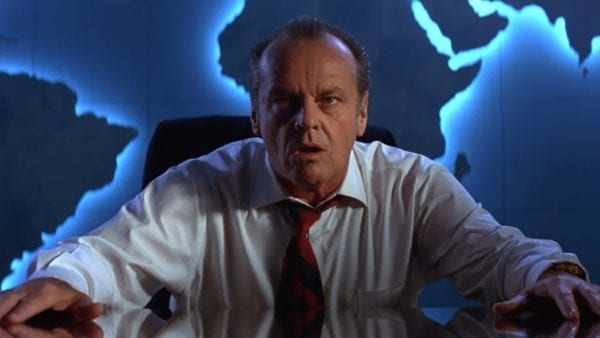 In Tim Burton’s sardonic, silly cult classic, obnoxious Martians attack Earth. Not even a randily charismatic Jack Nicholson can prevent the vaporisation of Congress. Still, he’s on fine form here, bring together several layers of daft and earnestness into one satire-fuelled turn. He ticks the boxes of a good President though; following invasion, he takes appropriate mental steps while trying to retain some form of public calm. Better that than a ray gun.