With just a little over a month to go until the premiere of Star Trek: Discovery‘s second season, CBS All Access has released a new trailer and poster for the upcoming season. Along with most of the original cast returning to the series, including Sonequa Martin-Green as First Officer Michael Burnham and Doug Jones as the science officer Saru, the new season is set to introduce Anson Mount as Captain Christopher Pike, the original captain of the USS Enterprise, Rebecca Romijn as Number One ans Ethan Peck as Spock. 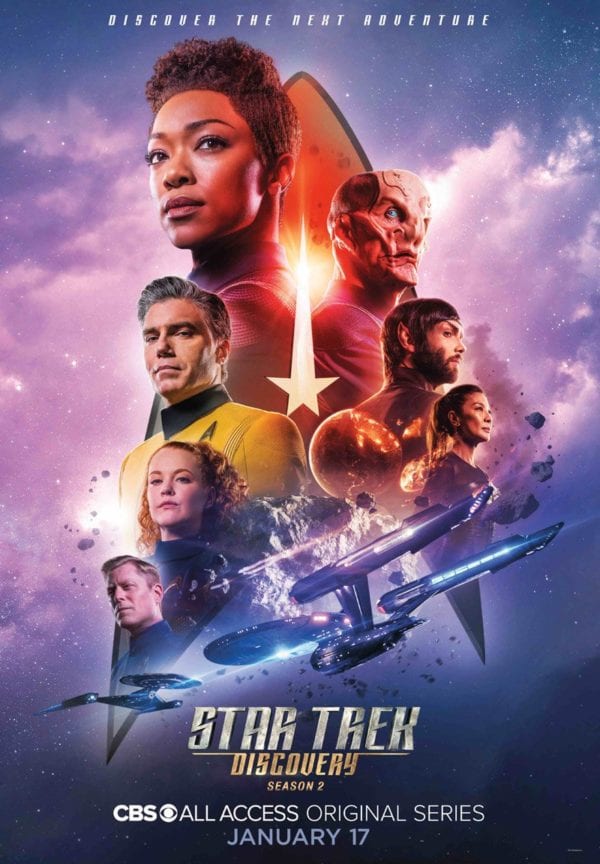 STAR TREK: DISCOVERY follows the voyages of Starfleet on their missions to discover new worlds and new life forms, and one Starfleet officer who must learn that to truly understand all things alien, you must first understand yourself. The series features a new ship and new characters while embracing the same ideology and hope for the future that inspired a generation of dreamers and doers.

Embark on a new mission.

The second season of Star Trek: Discovery is set to premiere on January 17th 2019 on CBS All Access in the U.S. and on Netflix around the rest of the world.