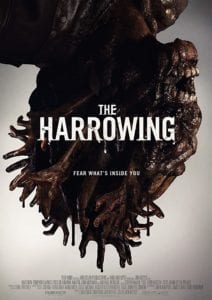 Haunted by the ritualistic killing of his best friend, a vice detective determined to discover the truth goes undercover into a forensic hospital and is plunged into his own personal Hell where demons might be real.

After a false start, The Harrowing opens with Detective Ryan Calhoun (Matthew Tompkins) on what seems to be a relatively straightforward investigation. However, things soon turn awry as his entire crew is murdered in an apparently ritualistic killing. This sets Calhoun on an investigation into a forensic hospital, which one of his crew had been released from some years earlier. Deciding the best way to get information is from the inside, he convinces his lieutenant to send him undercover in the hospital.

It is at this moment that the film moves from being a Harry D’amour story to a Shutter Island homage. For the better? I’m not sure. Despite the various twists and turns that occur within the hospital, it’s parallels with Shutter Island make it more predictable than director Jon Keyes would have liked. However, the colourful cast of hospital misfits really add to the story, and the pacing is often good enough to make up for the predictability.

From a technical standpoint, The Harrowing is no masterpiece, but it’s not shoddy either. Though there is an overreliance on colour correction and blurred, chaotic camera movements, a lighter touch with these features would have made the film legitimately stylish. As it is, it’s amateurish, but not without charm. The practical effects are generally gnarly, and most of the performances, especially from leading man Matthew Thompkins, are a step above the norm. The dialogue is hit and miss, but Thompkins charisma pulls him through shakier lines, making Calhoun a likeable and engaging character.

As you might expect from a low-budget horror move, there’s not too much going on beneath the surface. There are allusions to demons being illusory manifestations of poor mental health, but this is used to drive the plot, rather than to make a statement. Not that this is too much of a criticism – the aim of the film is clearly to entertain, not to ponder. 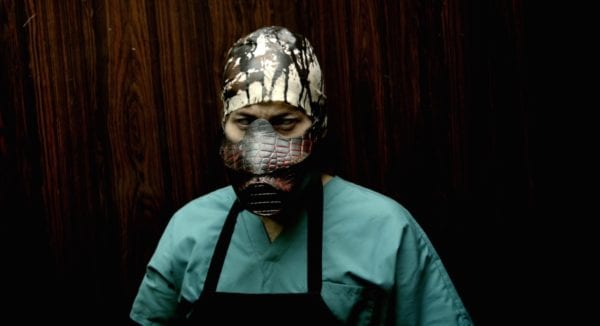 The Harrowing is a solid horror film with more than enough intrigue to keep you hooked throughout its 110 minute runtime. It’s nothing particularly new, but it’s not a total cliché either. False start and questionable ending aside, the combination of solid performances, likeable characters, and a well-paced plot make for a enjoyable experience.