The Star Wars series The Mandalorian has just made a new addition to its cast. Legendary actor Nick Nolte (Warrior) is the latest to join the series from Iron Man director Jon Favreau.

Nolte’s role is being kept under wraps. He joins a cast that includes Game of Thrones and Wonder Woman 1984‘s Pedro Pascal, who is leading the series, and former MMA fighter Gina Carano (Deadpool). Like Nolte, Carano’s role is being kept secret, but Pascal’s character hails from Mandalore, a warrior race from the supposed homeworld of famous bounty hunter Jango Fett who played a significant role in Star Wars: The Clone Wars and Star Wars Rebels animated series.

In some interesting Star Wars trivia, Nolte was among a group of actors that included Christopher Walken and Kurt Russel who auditioned for and almost became Han Solo before being beat by Harrison Ford. Coincidently, the news of Nolte’s casting comes as his latest film, Head Full of Honey, is released in select theatres in New York and Los Angeles and he will be seen next alongside Gerard Butler in Angel Has Fallen, which now has a release date for August 2019.

The Mandalorian has been created and written by Jon Favreau (Iron Man, The Jungle Book) and is being produced for Disney’s upcoming streaming service Disney+. Favreau is producing alongside Kathleen Kennedy, Colin Wilson and Star Wars: The Clone Wars and Rebels creator/showrunner Dave Filoni. Filoni is also set to direct episodes of the series with Taika Waititi, Bruce Dallas Howard, Rick Famuyiwa and Deborah Chow. The official logline reads: 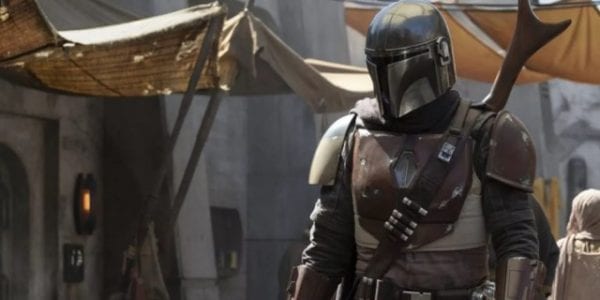