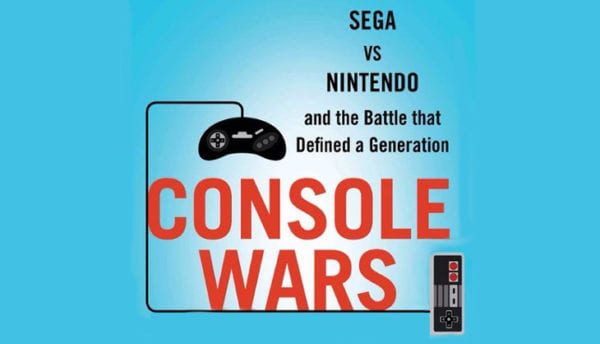 If you cast your mind back to 2014, you may recall that Seth Rogen and Evan Goldberg signed on to write a feature film adaptation of Blake J. Harris’ book Console Wars, which explores the battle for video game supremacy between Nintendo and Sega during the 1980s and 1990s.

While the movie failed to materialise, it’s not quite game over as Rogen and Goldberg have hit continue and have now closed a deal with Legendary Television to develop the project as a limited TV series, with Jordan Vogt-Roberts (Kong: Skull Island) attached to direct.

The Amazon synopsis of the book reads:

In 1990, Nintendo had a virtual monopoly on the video game industry. Sega, on the other hand, was just a faltering arcade company with big aspirations and even bigger personalities. But that would all change with the arrival of Tom Kalinske, a man who knew nothing about videogames and everything about fighting uphill battles. His unconventional tactics, combined with the blood, sweat and bold ideas of his renegade employees, transformed Sega and eventually led to a ruthless David-and-Goliath showdown with rival Nintendo.

The battle was vicious, relentless, and highly profitable, eventually sparking a global corporate war that would be fought on several fronts: from living rooms and schoolyards to boardrooms and Congress. It was a once-in-a-lifetime, no-holds-barred conflict that pitted brother against brother, kid against adult, Sonic against Mario, and the US against Japan.

Based on over two hundred interviews with former Sega and Nintendo employees, Console Wars is the underdog tale of how Kalinske miraculously turned an industry punchline into a market leader. It’s the story of how a humble family man, with an extraordinary imagination and a gift for turning problems into competitive advantages, inspired a team of underdogs to slay a giant and, as a result, birth a $60 billion dollar industry.

Rogen and Goldberg will executive produce the series through their Point Grey banner, which produces AMC’s Preacher and Hulu’s Future Man, and also has Black Monday and The Boys in development at Showtime and Amazon respectively.