We are only a few months removed from the finale of Better Call Saul and yet were are already thinking about other spin-offs based on the AMC hit show Breaking Bad, with the announcement of the Jesse Pinkman movie, based on the events following the final Walter White episodes. As we reflect therefore on what has come before all of this, it is starting to become apparent that Better Call Saul might actually be the height of Vince Gilligan’s work. It has been written and said a few times now that the show may be surpassing the quality of Breaking Bad. Well I would like to throw my name in the hat of people who support the claim that the Bob Odenkirk-led spinoff is perhaps becoming much better than the original series that it is based upon. Whenever talking about Better Call Saul, I find myself using the phrase that it is about ‘people doing stuff.’ This might sound boring on the surface, but a lot more hypnotic than it sounds. Whilst it is interesting to watch people going about their day to day lives, there is something deeper to these scenes. When we watch ‘people doing stuff’ we are learning something about their character and their relationships with those around them. Whilst this was somewhat present in Breaking Bad, it was never used to this symbolic extent.

A prime example is the work of Mike, as we follow him around the warehouse, as he works as a fake health and safety/security officer, in order to launder his money through the business. Watching how methodical and logical he is with his work, and how thorough he is, tells us a lot about the character. Once he has to take on the much larger construction project, we understand why this piece of storytelling is so useful, as the security of the place becomes integral to another character’s journey. This logical and thorough nature also leads us to a final, shocking choice that Mike must make towards the finale of the series. We see similar character development in the daily routine of Jimmy and Kim. First paralleling one another, their change in schedules starts to mean they spend more time apart, and we find that they are growing distant from one another, now not even sleeping at the same time, or brushing their teeth together. Boring activities that we do in our own lives may just be the key to understanding some of the relationships and characterisations in this show. 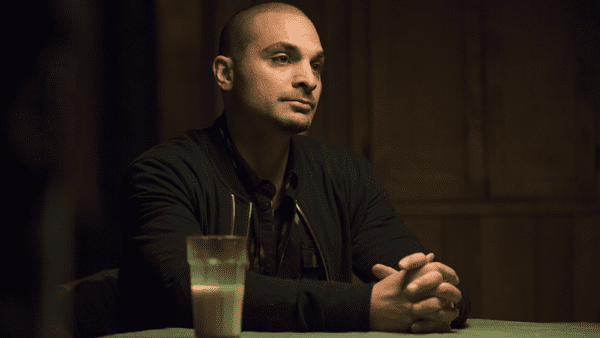 Breaking Bad had its own share of flawed personalities. However, the problem was that often these characters became very difficult to root for and feel sympathetic towards. Skyler is the prime example of this. Perhaps this was due to the performance or maybe something to do with the writing, but despite often being morally better than her husband, Skyler became a very unlikable character – one who many never seemed to warm to. She had her own flaws as well, but she never came across as anything other than annoying. On the other hand, Better Call Saul presents us with characters that have many more flaws than that of Skyler, yet are much more sympathetic.

Nacho is a drug dealer, a thug and a criminal, yet tension is built around him the whole series, as we watch him get deeper and deeper into a life of playing both drug cartels. His primary purpose is to build a better life for himself and his family, making decisions based on protecting his father at all costs. There is a logic to the character, something we can understand and root for despite his flaws. We cringe as he gets deeper and deeper into his troubles and genuinely fear for his safety at times, despite the fact that in reality we should be wanting a criminal like this to face justice. Nacho is just one of many examples that we find throughout Better Call Saul of characters who written by anyone else, could be seen as irredeemable.