It seems The Walking Dead isn’t the only property AMC plans to develop feature films around. According to The Hollywood Reporter, AMC and Sony Pictures Television are planning to make a two-hour Breaking Bad film with series creator Vince Gilligan to write, executive produce and possibly even direct the project. 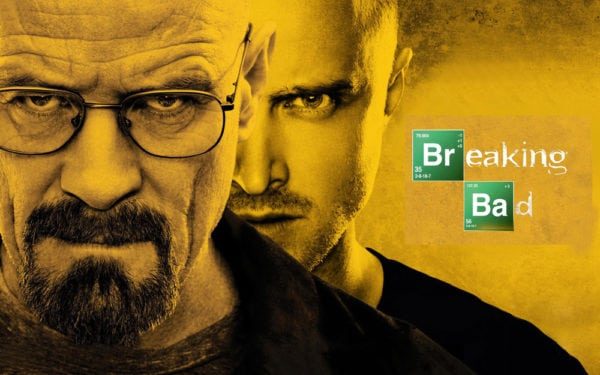 Very little is known about the film. THR notes it is unclear if the film will be set after the events of the series finale or act as another prequel in the Breaking Bad world. The plot reportedly follows the escape of a kidnapped man and his quest for freedom and may be operating under the working title of Greenbrier. It is also unknown if Bryan Cranston, Aaron Paul or any other original members of the series will have any involvement.

Breaking Bad ran from 2008 – 2013 on AMC and helped launch the network to critical success and recognition in original programming, It followed Walter White, a high school teacher suffering from lung cancer and struggling to make ends meet with his family. In order to provide and leave money behind for his family, Walter uses his acumen to make crystal meth and sell it in vast quantities, but gets caught up in the dangerous world of drugs cartels, lies and betrayals while staying ahead of his DEA agent brother-in-law.

The series inspired a prequel titled Better Call Saul, which stars Bob Odenkirk. It follows the transformation of Jimmy McGill into criminal lawyer Saul Goodman and recently finished its fourth season on AMC with a fifth in development for next year. Breaking Bad and prequel series Better Call Saul executive producers Mark Johnson and Melissa Bernstein are also said to be attached to the film project. Production is expected to begin this month in New Mexico.