Eammon Jacobs reviews Millennium: The Girl Who Danced With Death… 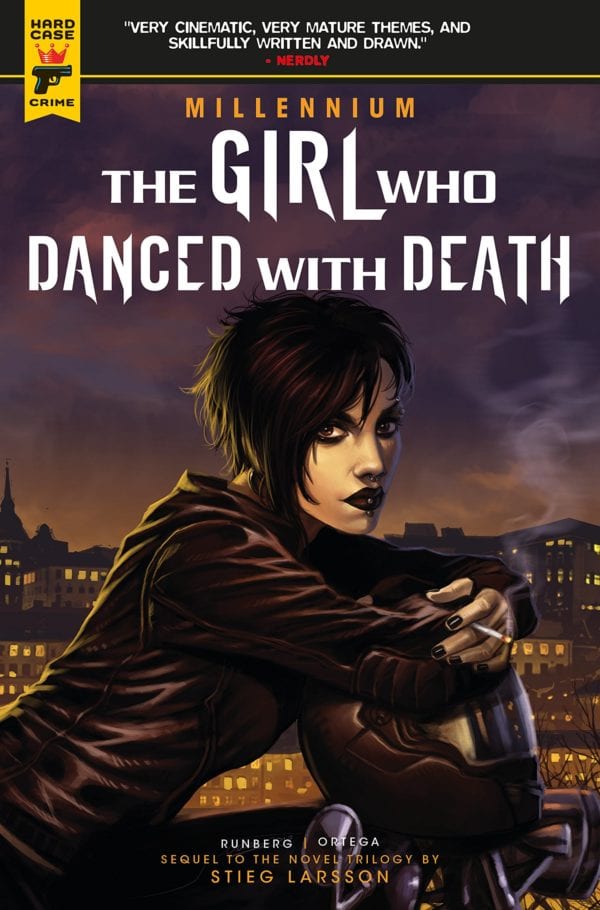 Following on from the graphic novel adaptions of the original Millennium trilogy by Stieg Larsson comes The Girl Who Danced With Death. Written by Sylvain Runeberg with artwork by Bélen Ortega, Lisbeth Salander tries to take down a racist government official, but accidentally uncovers a geopolitical conspiracy that threatens a revolution. And while there are mentions to the previous tales, this is largely a stand-alone story that’s a great jumping-off point for anyone not already familiar with Lisbeth and Mikael.

Fans of the Millennium books were eager to see what a new writer could do with the franchise since the series was published posthumously after Stieg Larson’s death in 2004. While the original trilogy have been adapted into graphic novels, this is the first original story written by Runeberg. It’s a thoroughly entertaining thriller that pretty much hits every target it aims for. To begin with the exposition feels far too heavy at times, going for direct plot information rather than the nuance of the books. But it does the job, and once the stage has been set, it’s an action packed whirlwind of corruption and intrigue. We quickly get to grips with where Lisbeth has been for a while and what she’s up to as part of the Hacker Republic.

The most gripping part of this violent tale is how relevant it is in our current social climate. There’s a trio of villains cleverly placed throughout the book, a politician that riles up the far-right by demonising minorities during his campaign for a coalition between two parties. There are clear real-world parallels between how the the far right act should a journalist disagree with a praised politician. He’s the perfect villain, dodging questions about his history as a neo-Nazi while fuelling the fires of toxic masculinity by working with an activist who hosts seminars against feminism. As the book so eloquently puts it, “the conferences he puts on around the world are basically an endorsement of rape”. Add in a Trumpian entrepreneur bankrolling a group of violent activists and the trio are a group of warped characters that are frighteningly real. They truly believe every word of hate they’re spewing. 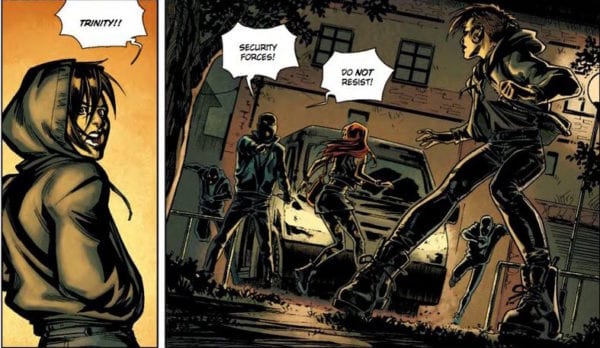 The book rightfully decides to leave them defined by their actions and ignorant opinions rather than develop them as well rounded characters, instead choosing to continue developing Mikael Blomkvist and of course, Lisbeth Salander. It’s obvious just where on the political spectrum that the writer (Sylvain Runeberg) falls on, with one scene showing Lisbeth punching an overweight right-wing activist in the face after he declares he’ll stop the “Feminazi”. While Mikael does have a place in the book, helping further the investigation and getting the story out to the public, his arc doesn’t really change too much from what we’ve seen previously. Surprsingly, one of the most interesting characters is Erika Berger, Mikael’s partner at Millennium. The story takes her supporting role and ensures that she’s still just as important as the main action. But most importantly, Lisbeth clearly learns that leaning on other people for help is not a weakness and can be used to her advantage.

The fact that she risks life and limb for her Hacker friends just shows how much she’s grown over the course of the Millennium trilogy and in The Girl Who Danced With Death. Although just because she’s growing as a person doesn’t mean she’s getting rid of her reckless streak. She’s a dangerous weapon, not only is her brain hardwired into taking down bad guys – but if she can hurt them in resourcefully violent methods, even better. Our favourite moment? When Lisbeth head-butts an extremist while riding a motorbike at full speed with her helmet on, brilliant. 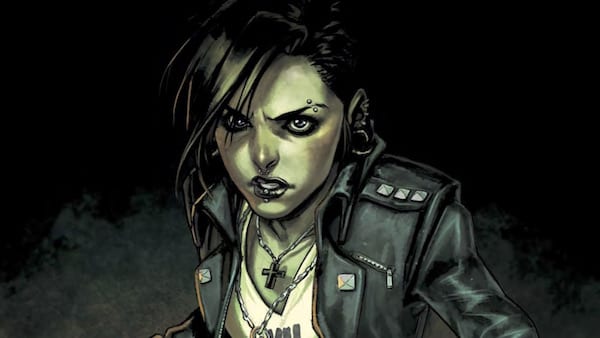 The illustrations in the book are fantastic, with unique panel perspectives that genuinely feel cinematic. It feels completely appropriate next to the movie adaptations of the the franchise. One touching scene towards the end is handled masterfully without using any dialogue or bubbles whatsoever. It conveys everything that needs to be said with the respectful imagery of the scene.

With action sequences and chase scenes that easily match up to the live action adaptations of Lisbeth’s adventures, the story builds to a crescendo that weaves in her personal life as well as threatening the security of millions. The Girl Who Danced With Death is an exhilarating read.