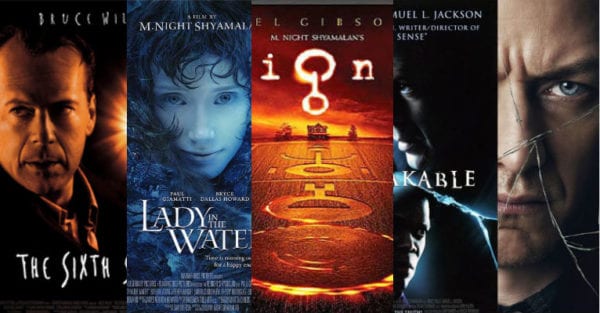 With the culmination of his Eastrail 177 trilogy, Glass predicted to break box-office records when it opens later this month, there feels no better time than during this M. Night Shyamalan resurgence to take a look back at the one-time Philly wunderkind’s greatest cinematic moments. Let’s twist again…. 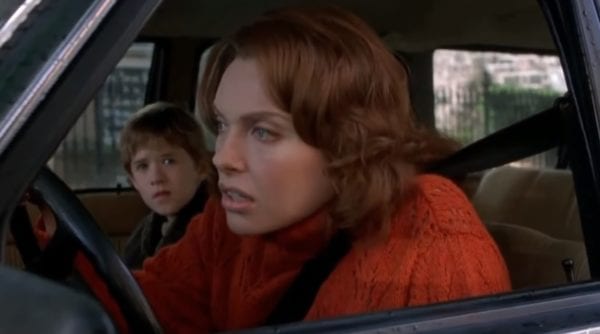 If it’s only the infamous ending that haunts your recollections of M. Night’s slow-burn masterpiece, then you’re missing a lot more than the breadcrumbs scattered throughout Malcolm Crowe’s journey towards his jaw-on-the-floor epiphany.

For example, people have been rightly lauding Toni Colette for her turn in Hereditary, but they were forgetting that she’d already perfected the mother crippled by grief role in The Sixth Sense. Nowhere moreso than in the car accident scene, in which Haley Joel-Osment’s ghost bothering Cole tells his mother that a recently killed cyclist is “standing next to my window”. It’s a moment that’ll bump your geese for sure, but the scene soon evolves into something much more emotionally powerful, as Colette starts to do all of the subtle heavy lifting, reacting to Cole’s revelation that he see’s his grandmother, her mother, with a sense of barely contained grief that’ll break your heart. 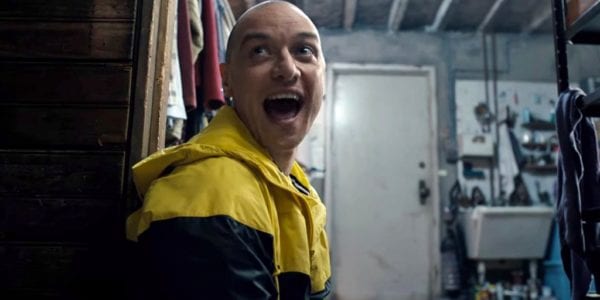 With 23 separate personalities residing inside the fractured mind of Kevin Wendell Crumb, there are plenty of highlights to choose from in Shyamalan’s sleight of hand sequel, most of them thanks to James McAvoy’s incredible performance; Dennis’ initial creepy car-park kidnapping of the girls, the revelation of ‘The Beast’, or Hedwig’s unique brand of bedroom body-popping in-front of a perplexed Anya Taylor-Joy.

The obvious moment to pick might be the epilogue, which much like Crumb’s own transformation, turns the film into something completely unexpected, but that’d be too easy. Instead it’s a sequence experienced while consuming Split as its own self-contained narrative, before Bruce Willis’ best performance in years, and that’s the introduction of Hedwig.

A Kanye West loving boy, and one of the key personalities who makes up ‘The Horde’, Hedwig is remarkable because of the way in which McAvoy vanishes in front of your eyes. Patricia, Barry, et al are affectations, brilliantly executed, but with Hedwig, McAvoy completely disappears into this balancing act of innocence and threat. The way in which he walks on his haunches towards Casey is one of the most unsettling moments in a movie filled with them. 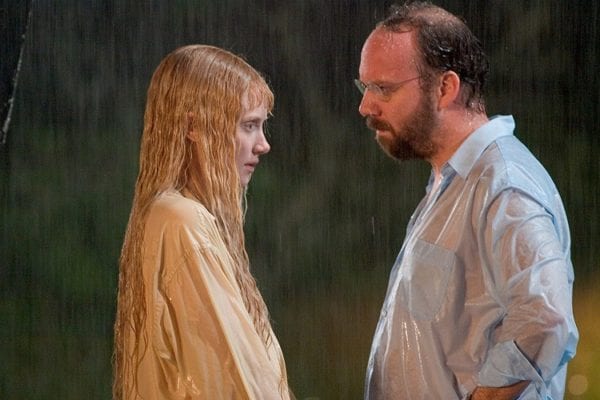 Many will roll their eyes at the inclusion of a moment from one of Shyamalan’s most notorious flops, Lady in the Water, but should those eyes remain fixed to the sky, you might catch sight of The Great Ealton swooping down to sweep up Bryce Dallas Howard’s Story. The culmination of a different kind of tale for M. Night, one of the fairy variety, and one that audiences didn’t quite buy into.

Shyamalan sets his stall out early with this one, front-loading the film with a beautiful mythology based on man’s destruction, all wrapped in a bedtime story veneer, and orchestrated by James Newton Howard’s remarkable score. It was meant to be fantastical and silly, and if you went with it, then this tale of Narfs, Scrunts (stop giggling at the back), and critics, paid off by the time the parts feel into place beside Cleveland Heap’s (Paul Giamatti) swimming pool.

Piecing together the roles needed to save Story, Heap comes to a similar realisation to that of Mel Gibson’s “Swing away Merrill” moment in Signs, as the identity of the Author, the Guardian, and the Healer, are revealed in the film’s climax. Sure, it’s hokey, but Howard’s delicate turn and an investment in these disparate group of individuals, make this the happily-ever-after that Shyamalan was aiming for. Don’t @ me. I’ll die on this hill.